On Saturday hundreds of thousands of concerned individuals will gather across 38 countries and 428 cities to join in peaceful protest against the Monsanto Company as a part of the March Against Monsanto grassroots campaign. This movement seeks to raise awareness to the dangers surrounding Monsanto’s genetically modified seeds and cancer-linked herbicide Roundup. 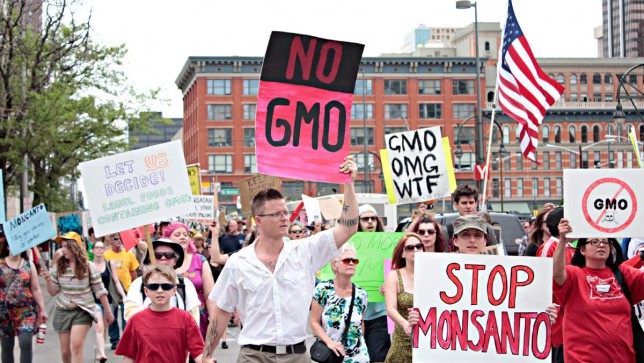 The campaign comes as the demand for GMO labeling and non-GMO food alternatives continues its exponential climb, with states like Vermont enacting mandatory GM labeling legislation that will require food corporations to let consumers know if their products contain GM ingredients.

In polls conducted by the New York Times, Washington Post, Consumer Reports, and many others, over 90% of respondents were in support of national GMO labeling – an initiative that has been defeated time and time again at the state level thanks to heavy spending by Monsanto-backed lobbying groups.

Highlighting the concern over Monsanto’s creations is the latest report from the World Health Organization’s International Agency for Research group, which listed Monsanto’s best-selling herbicide Roundup as a ‘probable carcinogen’. This finding has drawn many researchers and health experts to stand behind the goals of March Against Monsanto.

“With the new admission by the World Health Organization that Monsanto’s best-selling herbicide Roundup is causing cancer worldwide, now is the most important time to join the movement and take a stand.”

Despite claims by the multinational biotech giant that genetically modified crops would actually lead to a decrease in Roundup use, U.S. Geological Survey data reveals the use of Roundup’s key component glyphosate has increased 16-fold since the mid-1990s when GMO crops were first introduced.

March Against Monsanto protests will begin May 23rd with extensive physical protests and related online coverage throughout the day on news media platforms as well as www.March-Against-Monsanto.com