UNICEF Goodwill Ambassador for the Middle East and North Africa, Mahmoud Kabil, has officially joined the Public Board of the World’s largest and most comprehensive study on GMOs and their associated pesticides – Factor GMO. The experimental phase of the study, costing $25 million, will begin later in 2015. 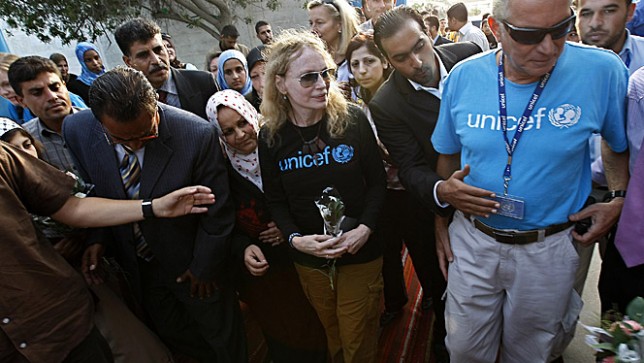 Kabil, has starred in more than 50 films and TV series on his way to becoming one of Egypt’s most popular actors. After years of involvement with the United Nations, Kabil was named a UNICEF Goodwill Ambassador in November 2003.

Kabil stated Tuesday; “I am thrilled to join the ‘Factor GMO’ Public Board and to support its efforts to conduct the world’s largest independent GMO and pesticide study. I’ve witnessed the arguments surrounding GMOs and their associated pesticides, both as a citrus farmer in Texas and as a UNICEF Goodwill Ambassador for the Middle East and North Africa. I am especially mindful of the Egyptian people’s suffering after decades of exposure to some toxic pesticides in agricultural practices that have left many with debilitating conditions. I am pleased to stand behind a study that will release tangible, useful results that are publicly accessible so we can better understand the effects of GM crops and their associated pesticides on health, in order to inform our further steps of action.”

Factor GMO is now building a powerful Public Board, with Kabil being the second official member. Last week it was announced that the Founder President of the international private Swiss Merchant Banking Advisory firm Najadi & Partners AG, Pascal Najadi, was the first official Factor GMO Public Board member and donor.

Najadi welcomed Kabil to the Public Board; “I am honored to have the Egyptian Celebrity and UNICEF Goodwill Ambassador Mahmoud Kabil as my colleague on the international Factor GMO Public Board. His wealth of humanitarian experience all over the world is a real asset for us. His deep insight in to the agricultural and health world of Egypt is also of paramount importance.”

The ‘Factor GMO’ international Public Board is being created to support the study by working with the media and the general public to discuss the need for precautionary science related to GMOs and pesticides, to protect public health worldwide.

The ‘Factor GMO’ Public Board will include members with different points of views regarding GMO safety, however all members will agree on the need for precautionary science.

Elena Sharoykina, Initiator of the Factor GMO project, director and co-founder of Russian non-government organization National Association for Genetic Safety (NAGS), said; “GMOs and pesticides are products that affect everyone, so the Public Board aims to unite all concerned inhabitants of planet Earth in investigating this issue. Only united we can find out the truth”.

The ‘Factor GMO’ study will investigate the health effects of a genetically modified (GMO) crop (a variety of GM Maize) that has been in our food and animal feed supplies for many years. It will answer the question: Is this GMO food and associated pesticide safe for human health?

‘Factor GMO’ will be the largest and most detailed long-term experiment ever conducted on a GM food and its associated pesticide. It will add invaluable data of unprecedented power to enable regulators, governments and the general public of every country to answer the question: Is the GM food and associated pesticide really safe at real world levels of consumption/exposure?

The study will also establish a new, higher standard for the rigorous testing of the safety of GM foods and their associated pesticides that will be applicable world-wide.

To find out full details regarding the Factor GMO study please visit the website: www.factorgmo.com