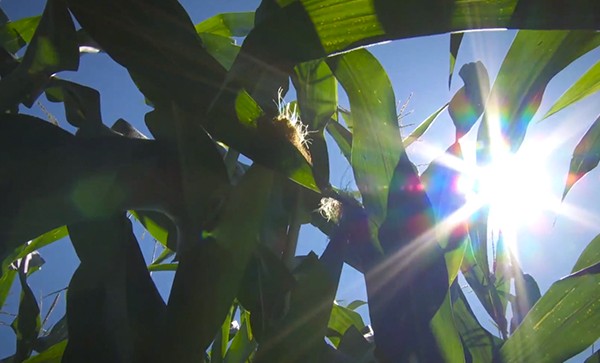 “EPA has turned its back on those it purports to protect – the American people and our environment,” said Andrew Kimbrell, executive director for Center for Food Safety. “In the wake of our government’s abdication of its responsibilities, Center for Food Safety will pursue all available legal options to stop the commercialization of these dangerous crops.”

2,4-D, produced by Dow Chemical, was a component of “Agent Orange,” the toxic defoliant used in Vietnam. It is the 7th largest source of dioxins in the U.S.  2,4-D and other herbicides of its class have been independently associated with deadly immune system cancers, Parkinson’s disease, endocrine disruption, and reproductive problems, with children at particular risk. EPA’s assessment of Enlist Duo failed to correctly account for exposure in children, one of numerous flaws in their analysis.

60 Member of Congress signed a letter opposing the herbicide and crops systems, as did 35 prominent doctors, scientists and researchers. Over a million citizens have also voiced their opposition this year, with an additional quarter million contacting the White House in just the past 2 weeks.*

Rep. Peter DeFazio (D-OR) stated, “Today, EPA shunned its duties to protect the environment and safeguard public health by bowing to corporate interests instead of relying on science. For years, the scientific community has been sounding the alarm about the increased use of herbicides and the link to a multitude of health problems. It’s shocking that EPA thinks it’s a good idea to allow the widespread use of a toxic chemical once found in Agent Orange on this nation’s farm fields. EPA should be working to reverse the trend of chemicals that poison our food supply, water and soil. It will be just a matter of time before weeds develop a resistance to 2,4-D, and the chemical industry comes up with an even more dangerous and potent product.”

Dow Chemical has presented 2,4-D resistant crops as a quick fix to the epidemic of glyphosate-resistant weeds generated by massive use of glyphosate herbicide with first-generation GE crops from Monsanto, known as Roundup Ready. However, even USDA has acknowledged that the Enlist crop system will foster more weed resistance, a view held by many in the weed science community.  In fact, a peer-reviewed study published in the prestigious journal Bioscience in 2012 concludes that these new GE crops will trigger still more intractable weeds resistant to both glyphosate and 2,4-D.

“Monsanto’s Roundup Ready crops lead us down this futile path of chemical dependency. Now imagine Roundup on overdrive,” said Kimbrell. “Why are our agencies listening to the chemical companies and not the scientists, doctors and lawmakers who know that more chemicals are not the answer to the superweed problem?”

USDA’s own analysis concedes that approval of 2,4-D-resistant corn and soybeans will lead to an unprecedented 2 to 7 fold increase in agricultural use of 2,4-D by 2020, from 26 million to as much as 176 million lbs. per year.

*The quarter million comments to the White House is tallied via petitions from Center for Food Safety, Food Democracy Now!, Organic Consumers Association, Food and Water Watch, Friends of the Earth, Pesticide Action Network North America, and a petition on WhiteHouse.gov started by the Dr. Oz Show.