In an official letter Wednesday to Russian Prime Minister Dimitry Medvedev, a group of top Russian experts including scientists, farmers and eco groups urged him to add all foods containing GMOs to the existing food sanctions that have been placed by Russia on the EU, U.S. and Australia amongst others. 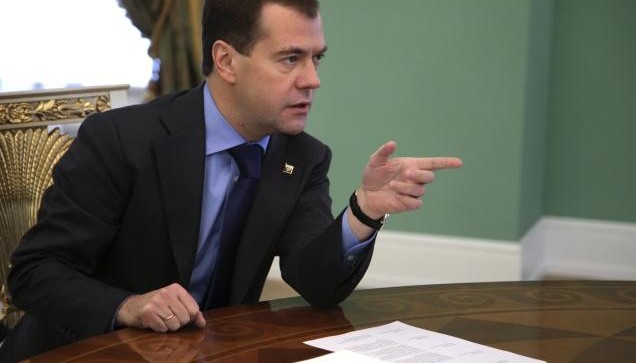 The suggested ban includes all 18 varieties of genetically modified crops, registered and approved in Russia for use in the production of food for consumers and feed for farm animals.

The experts stated that the main manufacturers and suppliers of GM seed are located in countries that support sanctions against Russia. The biotech giants who fully control the market of GM seeds include: Monsanto (USA), Dow (USA), DuPont Pioneer (USA), Bayer (Germany), BASF (Germany). Therefore, products containing GM ingredients should be one of the sanctions applied by Russia in relation to these countries.

The experts suggested that Russia should also only buy conventional non-GMO food and feed products from countries that do not support the sanctions and yet currently supply products containing GMOs (e.g. Brazil, China, India and South Africa – BRICS countries).

“Now is a good time to stop the spread of food and feed products in Russia that contain GMOs, so we are then able to obtain objective scientific data on the impact of GMOs on the health of mammals. Independent research from domestic and foreign scientists suggests that GMOs may have an adverse effect on the health of mammals and lead to the development of diseases such as cancer, allergies, obesity, infertility, and others. To clarify the mechanisms of the impact of GMOs on living organisms, we need to continue to develop independent research in this area,” stated Elena Sharoykina, who is the Director of the Russian National Association for Genetic Safety.

Earlier this year in March, Russian President Vladimir Putin stated that Russia must protect its citizens from the use of foods derived from genetically modified organisms (GMOs), and that this could be done in compliance with the country’s obligations under the World Trade Organization (WTO).

In June, Russia also delayed the registration of GM varieties for the planting of GM crops, which had been planned to start in July. The current situation is that no GM crops have been grown in Russia and this will now be the case for at least the next 3 years.