Germany’s top supermarkets, the powerhouses of Europe when it comes to retail, have delivered a blow to the biotech industry by forcing the German poultry industry to return to the use of non-GMO feed. 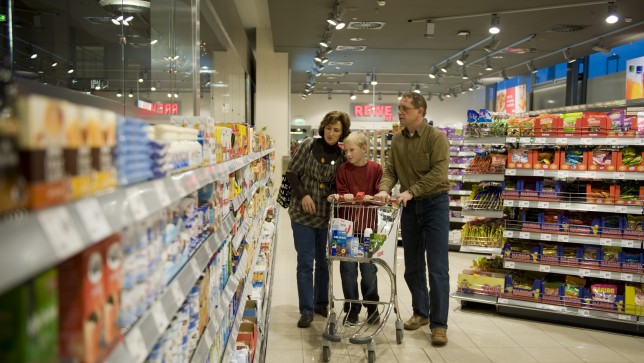 It was announced last Thursday that the German supermarkets, with a broad consensus, recently demanded from the German Poultry Association (ZDG) to stop using GMO feed for both egg and poultry meat production, starting from January 1st 2015. That is the date when the retailers want to receive GMO-free fed products again, meaning poultry suppliers will have to rush to get their feed supply chains free from GMO feed once more.

In February this year, the ZDG unilaterally declared that it was stopping using GM-free animal feed, following similar moves by other associations in England and Denmark. The reasons provided for the step after over a decade of GMO-free feeding were an alleged shortage of GMO-free soya, the risk of contamination, and the associated legal uncertainty.

However, following close consultation with Brazilian authorities, the German supermarkets have realized that the reasons given by ZDG do not stand up: There is clearly enough Brazilian GMO-free feed in the system to supply Europe’s needs.

Global GMO Free Coalition Coordinator, Henry Rowlands, stated: “The wool has been pulled over the eyes of retailers across Europe by the GMO industry over the past year. We welcome the news that they have started to fight back in the interest of their customers, who do not want to buy GM-fed eggs and meat.”

Claire Robinson of Earth Open Source, a Global GMO Free Coalition partner organisation, said, “Retailers must ensure that their GMO-free feed requirements are communicated all the way along the supply chain to the Brazilian soymeal exporters.”

Vandana Shiva of Navdanya (India), added: “This is an important step towards food democracy, the right to choose what you eat, and the right to know how it was produced.”

“By taking a stand against the biotech and poultry industries, German supermarkets have proven that it’s possible to respond to consumer demand for poultry that is fed non-GMO feed and in doing so, force significant changes to the supply chain despite pressure from Monsanto and industry trade associations,” said Ronnie Cummins, international director of the Organic Consumers Association and its Mexico affiliate, Via Organica.

Sayer Ji of Greenmedinfo.com, commented: “The use of glyphosate-contaminated GMO feed in poultry adds significant toxicological risks to the food chain both through bioaccumulation of agrochemicals and the shift in microbial communities within poultry towards higher pathogenicity. This promising decision by Germany’s leading supermarkets should be applauded and used as an example of where the rest of the world should head for both a safer and more sustainable business model.”

ZDG has reacted to the pressure from the supermarkets and consumers by proposing to the retailers to set up a working group to discuss options, but the truth is they do not look as if they have many. The argument of insufficient availability of non-GMO soya has been formally retracted by the ZDG.

The German retailers also indicated that they will demand a completely GMO-free feed supply chain in all animal feed sectors, including dairy, pork and beef as a next step that is to follow relatively soon.

In 2013 12 supermarkets from across Europe signed the Brussels Soy Declaration, stating that they want EU consumers and farmers to have a choice to eat and use non-GMO soy. This development came soon after the announcement by some UK supermarkets that they would abandon requirements that their poultry suppliers use non-GMO feed.