Categorized as
19264
Tagged as
developmentfarmersNRCpesticidesrangeUSAIDUSDA
Related 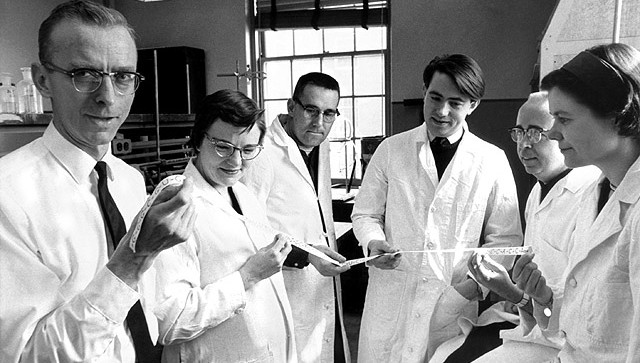 According to NRC, “the committee was drawn from nominations submitted, considering the full range of expertise and experience needed to address the study’s statement of task.” NRC offered the public an opportunity to comment on the committee’s composition through August 5.

The panel is tasked with conducting a far-reaching examination over the next 18 months of the “history of the development and introduction of GE crops in the U.S. and internationally,” as well as of the “purported negative” and “purported positive” impacts of GE crops and their associated technologies (e.g. pesticides) on farmers around the world. The resulting report, slated for publication in 2016, is intended to resolve possible confusion arising from “conflicting information” that has been circulating regarding GE crops, and provide the results of “an independent objective study” to policymakers, the public and “various parts of the U.S. government.”

“As scientists and researchers, we are deeply disturbed by NRC’s creation of a panel that appears predisposed to endorse GE crops, without undertaking a balanced and evidence-based assessment of the real-world impacts of the technology. A successful investigation of the complex agronomic, ecological, economic, social, political and cultural impacts of GE crops around the world demands a panel of highly skilled experts trained in the social sciences and in multidisciplinary analysis, and having real-world experience beyond the microscope. Very few individuals on the proposed committee possess this expertise, a few exemplary exceptions notwithstanding. As currently configured, NRC’s panel has nowhere near the scholarly or real-world expertise required to produce a credible product.”

In their letter, the scientists note that NRC’s draft slate is “dominated by researchers from the biophysical sciences, the majority falling within a narrow range of disciplines and fields, with most scientists focusing their research at the cellular or molecular level…and [working] within a GE crop development framework.” The authors emphasized the lack of sufficient social science expertise needed to answer broad questions about GE crop impact, and urged NRC to include rural and development sociologists, political economists, law and public health professionals, international development experts and ecologists trained in diversified farming systems on the committee.

The scientists also criticized the complete absence of farmers on a panel that attempts to assess farmers’ experience. And the letter concludes that in its current form:

“The Committee cannot hope to begin to fulfill its broad mandate of examining the historical, social, political, cultural and other complex impacts of GE crops and their associated technologies on farmers and communities, whether in the U.S. or around the world.”

In another letter submitted by 21 scientists and researchers today, NRC was heavily criticized for failing to diversify the range of institutional interests represented on the panel, leading to a panel biased by the institutional orientation of its members. The authors noted that several of the panelists come from the biosafety and biotechnology support programs of USAID and USDA, and the Monsanto-affiliated Donald Danforth Plant Science Center, institutions “devoted to the research, development, commercialization, export and/or trade in GE crops.”