The African Centre for Biosafety (ACB) has today brought into sharp focus the white bread industry in South Africa with the release of its new report ‘GM Contamination, Cartels and Collusion in South Africa’s Bread Industry.’ 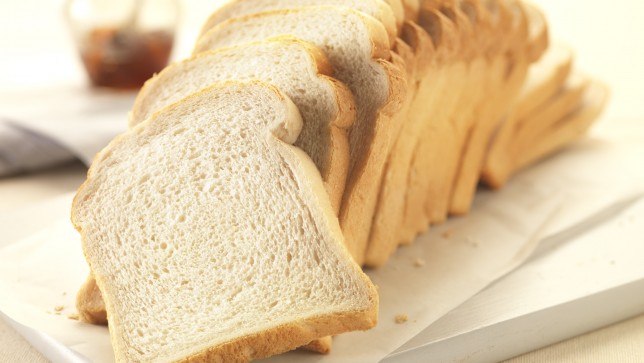 The report shows that the white bread tested contains high levels of Monsanto’s genetically modified (GM) soya and that most companies are unashamedly flouting GM labelling laws and undermining the consumer’s right to know. The nation consumes about 2.8 billion loaves of bread a year, handing over more than R28 billion of their hard-earned cash to a cartel comprising Tiger Brands, Premier Foods, Pioneer Foods and Foodcorp, that controls the wheat-to-bread value chain. Roughly a quarter of South Africans live below the bread line and price fluctuations in bread – our second most important staple food after maize – has hit the poor the hardest.

Executive Director of the ACB, Mariam Mayet commented, “A small number of unscrupulous cartels control and benefit from the value chains of our staple foods, maize and bread. They have been repeatedly sanctioned for anti-competitive behaviour, have been complicit in saturating our staple food with risky GM ingredients and its associated pesticides and are behind a campaign to undermine proper labelling of GM food and the consumer’s right to know”.

Testing of the GM content of the soya flour used in popular white breads revealed:

The Consumer Protection Act requires that every ingredient in food products containing 5% or more GM content must be labelled ‘contains GMOs’ or ‘produced using genetic modification.’ However, only one white bread brand tested (Sasko belonging to Pioneer Foods) displayed a GM label, and ironically, this brand did not need to be labelled in terms of the law because of the unquantifiable levels of GM soya content found. According to ACB Consumer Campaigner, Ms Zakiyya Ismail,“The current labels are either misleading, confusing or completely absent, leaving consumers utterly in the dark. Astonishingly while these companies are at pains to convince the public that they are in favour of protecting the rights of consumers, these are the very companies lobbying under the aegis of the Consumer Goods Council of South Africa (CGCSA) to revise and weaken GM labelling regulations, successfully stalling the implementation of GM labelling since October 2011”.

However, the ACB is surprised at the labelling by Pioneer Foods and the tests results conducted on both its Sasko bread and re-testing of its maize product White Star maize. Said Ismail, “these are intriguing results given that practically 100% of South Africa’s soya production is GM. Is Pioneer purposefully sourcing non-GM soya in an attempt to go GM-free? We have also noted a sharp drop in the GM content of Pioneer’s White Star maize, from 72.04% tested in October 2013 to 47.7% tested six months later. Is Pioneer breaking ranks with the cartel on the GM issue?”

South Africa’s leading retailers, Shoprite/Checkers, Pick n Pay and Woolworths have all publicly committed to honouring the Consumer Protection Act, with Woolworths going even further and committing to “eliminate genetically modified ingredients wherever possible and work hand-in-hand with our suppliers to do so”. Woolworths not only appears to be flouting its own policy, but is misusing the “May be genetically modified” label and misleading consumers.

Bread and maize – our staples in unsafe hands

The wheat-to-bread value chain is controlled primarily by just four companies – Tiger Brands, Premier Foods, Pioneer Foods and Foodcorp, which control 70% of the bread market. (The Competition Commission has previously found these four companies guilty of colluding to fix the price of bread and maize.) The bread value chain feeds into a concentrated food retail market, primarily controlled by Shoprite/Checkers, Pick n Pay, Woolworths and Spar, which together account for a significant portion of the remaining 30% of the bread market. In a country where more than 50% of the population do not have regular access to food, Tiger Brands and Pioneer Foods made a profit of R2.441 billion in 2013 just from their baking divisions. The ACB report points out that the consolidation of the bread industry shuts out smaller players, including small-scale farmers and millers, and that GM crop farming systems are ecologically unsustainable and socially unjust.

These facts, when viewed in conjunction with the ACB’s 2013 report on the GM maize value chain, paint a picture of a deeply troubling, inequitable and unaccountable staple food market, where the same cartels control both the maize and wheat-to-bread value chains.

The ACB report shows that the chemical used in the production of GM soya, called glyphosate, has been linked to numerous health risks including increased risk of chronic kidney disease, birth defects in humans and animals and spontaneous abortions. Recently, samples of urine and breast milk in the United States showed an accumulation of glyphosate in breast milk. Haidee Swanby, researcher with the ACB, warns that “residues of glyphosate can remain in food long after the harvest and South African authorities have scant capacity to monitor these residues in food products derived from GMOs”. She added that, “our staple food, maize, is all GM and now we find GM ingredients in our bread too – consumers in SA are doubly exposed to risky food and associated pesticides used in GM crop production.”

The ownership of the wheat-to-bread value chain determines the quality and cost of one of the country’s most important foods and the current ownership rests with corporations that continue to profit while those below the breadline suffer. In 2009, while producer prices decreased by 20%, the price of a 700g loaf increased by 9%. In 2011, producer prices decreased by a further 3% and the bread price increased by 10%. According to Mayet, “It is a matter of urgency that we break up these cartels that have South African consumers, especially the poorest of the poor, in a vice grip through control of our two staple foods – maize and bread. There is a rapidly growing social movement in South Africa demanding a different food system for our country – one that invites and nurtures small players to enjoy a livelihood from lucrative value chains and ensures transparency, accountability and food produced from sustainable and socially just systems.”