Categorized as
7622
Tagged as
cropcropsFAOGMproductiontradeUN
Related

The increased production of genetically modified crops around the globe has led to a higher number of incidents of low levels of GMOs being detected in traded food and feed, the Food and Agriculture Organization of the United Nations (FAO) said today. 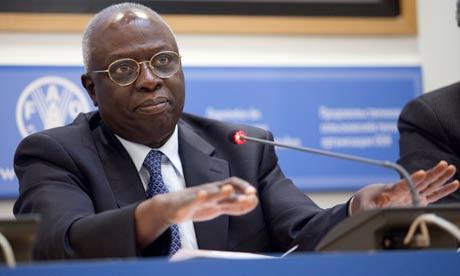 The incidents have led to trade disruptions between countries with shipments of grain, cereal and other crops being blocked by importing countries and destroyed or returned to the country of origin.

The trace amounts of GM crops become mixed with non-GM food and feed crops by accident during field production (for example, a field trial of a GM crop grown near a field of a non-GM crop), processing, packing, storage and transportation.

There is no international agreement defining or quantifying “low level”, therefore the interpretation varies from country to country. In many countries it is interpreted as any level at which detection is possible i.e. very low trace levels while in other countries case-by-case decisions are taken on what level is acceptable.

In the first survey of its kind, 75 out of 193 FAO member countries responded to questions on low levels of GM crops in international food and animal feed trade.

The survey results will be discussed at a technical consultation organized by FAO to be held in Rome on 20 and 21 March to review the extent and pattern of trade disruptions caused by the contaminated shipments. The meeting will discuss trade issues related to low levels of GM crops, but will not debate pros and cons of GM crops.

“The numbers of incidents are small relative to the millions of tonnes of food and feed traded every day,” said Renata Clarke, FAO Senior Food Safety Officer in charge of the survey. “But because trade disruptions may be very costly and given the reported increase in the occurrence of these disruptions, FAO conducted this survey and is holding a technical consultation to try to start a dialogue between countries on the issue.”

“We were surprised to see incidents from every region,” she said. “It seems the more testing and more monitoring they do, the more incidents they find.”

“In the survey, countries also asked us to help them assess whether GM crops are safe to eat and we would like to see countries sharing any scientific findings they have on the subject,” she said. “For this purpose, FAO established FAO GM Foods Platform, a web page for countries to share information on safety assessment.” The platform can be accessed at fao.org/gm-platform/.

Other survey findings include:

In most countries, there are no generally applicable low-level GMO policies, legislation or regulations yet in place. Different options have been used when setting such policy, including a zero tolerance policy, a low threshold policy and a case-by-case policy.