India’s Oil and Environment Minister Veerappa Moily’s approval of more than 200 GMO trials on wheat , rice, canola, cotton by companies such as Monsanto, Mahyco, Bayer , BASF is a threat to our Seed Freedom and Food Freedom. 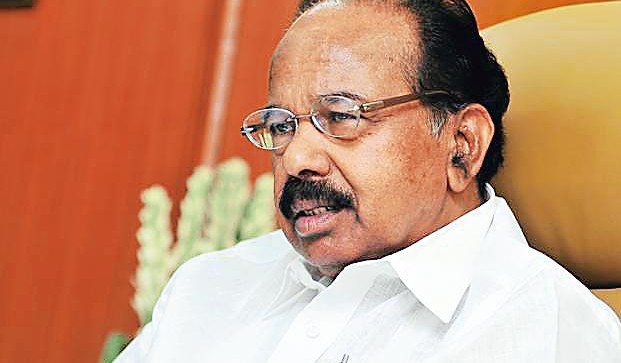 Most approvals granted by Mr. Moily are for Bt crops or for Ht (herbicide tolerant) GMOs. Since both crops with genes for producing Bt toxin and herbicide resistant genes produce poisons in lay language we could call these poison producing plants. That is why they need to be assessed for biosafety which means health and environmental safety in the context of GMOs. It is only when such safety can be guaranteed should we allow open field trials which are precursors to commercialization.

The GMO approvals, the Minister says, are for Research and Development, and Research and Development cannot be stopped. But Research & Development is done in laboratories and green houses, not through a deliberate release of GMOs in the open environment. The open field trials are a commercial initiative to open the doors for GMOs at the commercial level. This is borne out by the fact that Monsanto India’s shares surged by 77% as soon as the decision was announced.

Toxic impacts on soil organisms can be carried out in green houses and laboratories. Navdanya’s research on the impact of Bt cotton and soil organisms has shown 22 % decline of soil micro-organisms and degenerating soil health. Such impacts need to be assessed under Green House conditions and not through a deliberate release in the open environment.

One of the approvals is for Bayer to do an open field trial with genetically engineered cotton with herbicide resistant gene on grounds that this will provide pollination distances. But pollination distances can be based on the Non GMO variant of a vaiety. Such open field trials will promote contamination of organic cotton as well as closely related species spreading toxic genes in the environment. The risks of such contamination are well established . Bayer’s field trials of rice in the US has led to the contamination of the rice with the consequence that the US has lost its rice exports.

Due to contamination from Monsanto’s GMO Canola, Australian farmer Steve Marsh lost his organic status, since GMOs are not allowed in organic systems. Canadian Percy Schmeiser canola was also contaminated by Monsanto’s GMO canola. At the heart of its centre of Diversity in Mexico, corn has been found to be contaminated by Bt corn through studues carried out by Berkeley scientist Ignacio Chapela.

The claim that the government has made trials for Research and Development is totally false. We encourage Research and Development at the level of labs and green houses. We do not support Moily’s approval of GMO open field trials in the name of scientific research, since once a GMO crop is cultivated in open fields, it will contaminate the ecosystem. As in the case of Monsanto’s illegal Bt cotton trials,  the biotech corporation can multiply the seed and spread GMOs commercially. The Indian Parliament Committee on Agriculture has cautioned the Government on GMOs. In a Democracy, the Executive must not bypass the Parliament.

In addition there is a Supreme Court case going on related to field trials. The decision to approve GMOs is therefore subjudice. The Supreme Court appointed a TEC (Technical Expert Committee), which has called for a moratorium, while protocols for risk assessment are evolved within a robust scientific and  regulatory system.

The Agriculture Minister Sharad Pawar has stated that protocols will be followed. But this is the work that needs to be done. Moily’s predecessor Jayanti Natrajan recognized that the biosafety regulation frame work was not adequate. She therefore refused to blindly sign the affidavit to the Supreme Court, approving trials. She was removed for doing her duty.

Before her, Jairam  Ramesh was removed for doing his environmental duty to ensure Biosafety, by ordering a moratorium on Bt Brinjal after he listened to farmers, villagers and scientists  through 7 public hearings.

Moily’s illegal, un-scientific, undemocratic rush to grant approval for GMOs illustrates the pressure being brought on India to lose its GMO free status in food crops. This will undermine our science and democracy. It will harm our farmers, our citizens and our agriculture. It will rob of us our seed freedom and food freedom.