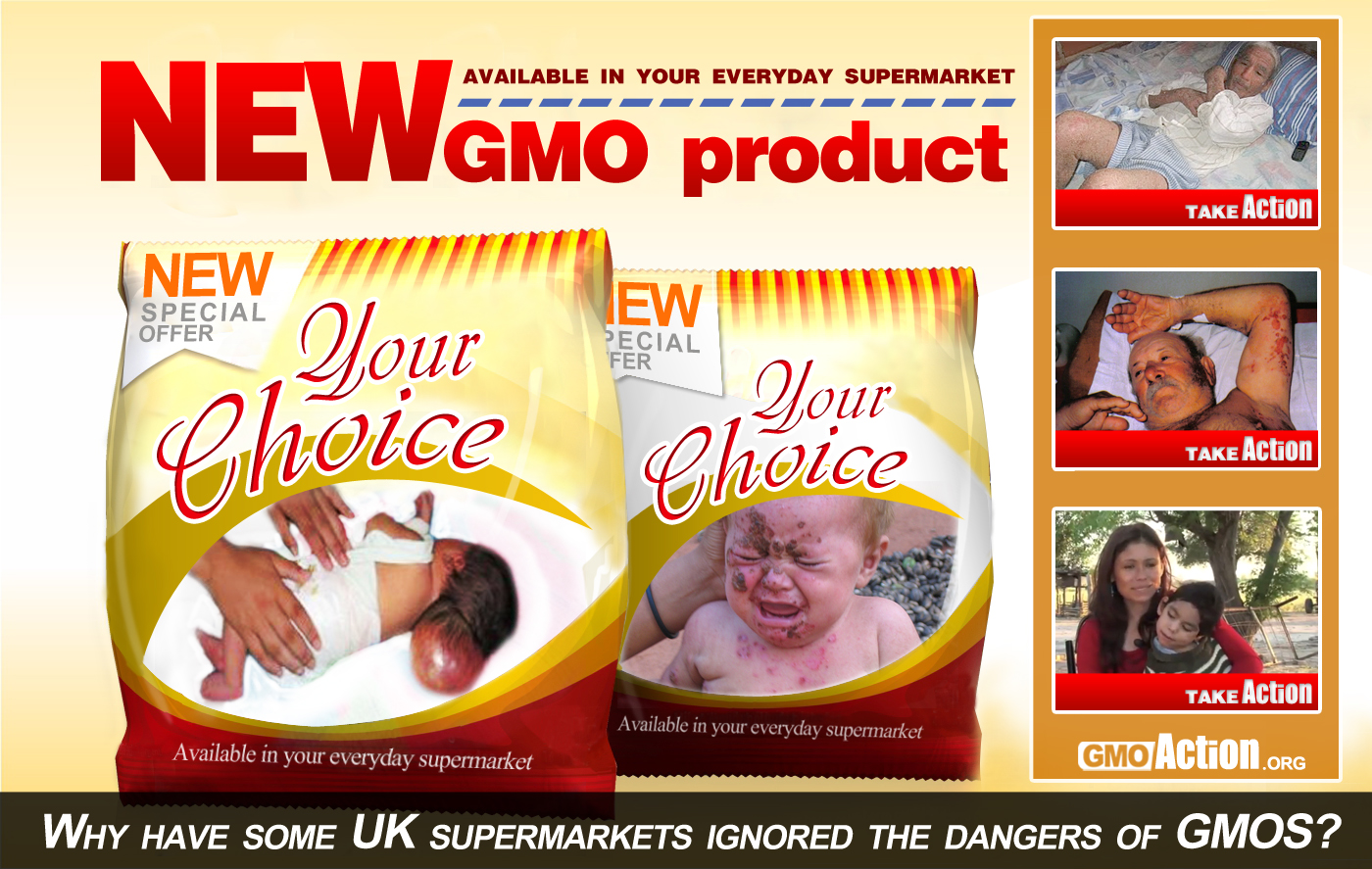 Concerned citizens of the UK are pressuring their supermarkets to revert to requiring use of non-GMO feed, not just for poultry and eggs, but for ALL their livestock products. In April 2013 Tesco, Co-Op, Marks & Spencer, and Sainsbury’s announced that they would switch their egg and poultry production to genetically modified (GMO) feed, reportedly to save consumers a few pennies on animal products. But many shoppers are concerned about the human health implications of consuming animal products that were nourished with genetically modified food, and also the health effects for people living near the GM crops. Tune in and learn more about the campaign to stop GM livestock feed from entering the supply chain of UK supermarkets.

GMO Action was set up by a loose international coalition of citizens concerned about GMOs. We are entirely supported by individual donations. We receive no money from corporations. We are very grateful to receive donations. Please use the donation button on the top right of this page.

We oppose the use of genetically modified (GM) crops in animal feed for the following reasons:

1. GM soy is sprayed with large amounts of Roundup, which causes health problems in the producer countries.

The production of GM soy in South America involves massive spraying with Roundup and other herbicides. The herbicides are sprayed from airplanes – a practice banned in Europe – or from giant tractors with long arms called “mosquitoes”. The spray drifts onto people’s houses and schools and gets into water courses. High levels of birth defects, infertility, miscarriages, cancer and other diseases are reported in sprayed areas.1 2 A certain amount of herbicide is likely to be used on all non-organic soy fields, whether the crop is GM or non-GM. But with non-GM soy, farmers have to use herbicide with caution, as too much will kill the crop as well as the weeds. Only GM soy is engineered to survive being sprayed with any amount of herbicide, so the need for caution is removed.

2. GM herbicide-tolerant crops lead to large increases in herbicide use, which is unsustainable.

The cultivation of GM herbicide-tolerant crops has led to large increases in the use of Roundup. This in turn has led to the spread of herbicide-resistant weeds, necessitating the use of ever-increasing quantities of Roundup and other herbicides3. The resulting chemical treadmill is unsustainable for farmers, consumers and the environment.

3. GM crops have been found to have toxic effects on laboratory and livestock animals.

A number of peer-reviewed studies show that GM crops have toxic effects on laboratory and livestock animals4. Farmers in Europe and the US have also reported health problems in livestock animals fed GM crops5 6. These effects may be due to the residues of pesticides such as Roundup, the GM crops themselves, or a combination of the two. The tests that industry carries out on its own GM crops to gain market approval are too weak and regulatory assessments are too flawed to ensure the safety of GM crops7

In the short term:

In the medium to long term: