Green Party leaders said today that biotech giant Monsanto and other powerful biotech companies and agribusinesses are wreaking havoc with the environment, exploiting farmers, and endangering the health of plants, animals, and humans throughout the world. 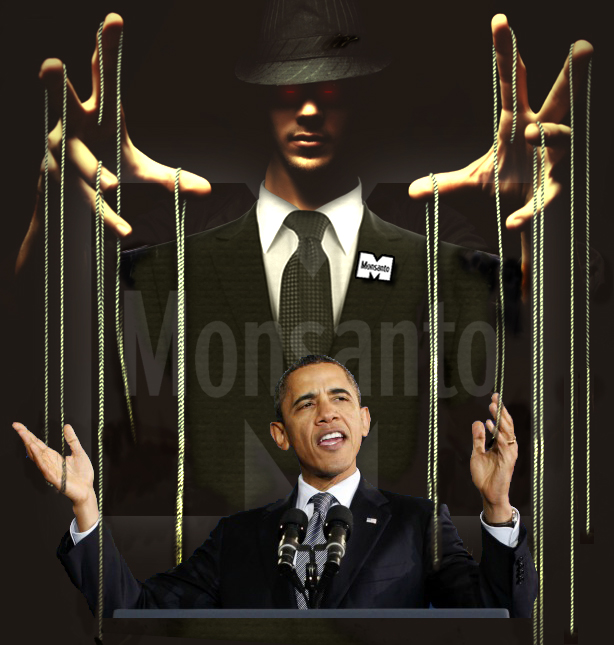 “Monsanto has gained enormous political power in the U.S., with its tentacles wrapped around Congress and the Obama Administration,” said Nancy Allen, former co-chair of the Green Party of the United States and Maine Green Independent Party, and organic small farmer for 40 years. “The reckless introduction of GMOs [genetically modified organisms] into agriculture is turning small farmers into serfs under Monsanto’s control, damaging biodiversity, and yielding crops that pose health risks to consumers, as well as livestock and plant populations.”

Greens said that the biotech industry has grown into a monopolistic cartel, with Monsanto and two other corporations controlling more than half of the world’s commercial seed market (www.motherearthnews.com/homesteading-and-livestock/seed-diversity-in-trouble-zwfz1303zkin.aspx).

Occupy Monsanto has organized a “March Against Monsanto” to take place on May 25 in capitals and other cities in 41 countries (occupy-monsanto.com /occupymonsanto360.org/2013/05/10/march-against-monsanto-may-25-2013 / Facebook:www.facebook.com/MarchAgainstMonstanto).

“We must hold Monsanto and its executives accountable for the damage they’re causing around the world. We must reform campaign finance laws that have given such companies so much influence over Congress and the White House. We also need further research into the effects of GMOs and a moratorium on their use in food crops until these effects are better known. And we demand that GMO products be labeled accurately so that consumers can make informed decisions about what they buy and eat,” said Frank Raymond Cetera, Co-Founder and Vice-President of the Alchemical Nursery (www.alchemicalnursery.org) and a New York Green.

Green Party leaders listed several ways in which Monsanto and other biotech firms are abusing their power and threatening public health:

Monsanto and other companies have benefited from generous government subsidies, promotion by the U.S. State Department, and other political favors. On May 13, the Supreme Court ruled that an Indiana farmer must pay Monsanto $84,000 for using the company’s genetically engineered “RoundUp Ready” seeds that were mixed into other seeds he had purchased, even though the GMO seeds were not labeled as such (Bowman v. Monsanto Co.; see www.commondreams.org/headline/2013/05/13-3). See also “Biotech Ambassadors: How the U.S. State Department Promotes the Seed Industry’s Global Agenda,” Food & Water Watch (documents.foodandwaterwatch.org/doc/Biotech_Report_US.pdf).

Monsanto’s lobbyists have persuaded President Obama and Congress to pass the “Farmer Assurance Provision” in the Consolidated and Further Continuing Appropriations Act (2013), nicknamed the “Monsanto Protection Act” because it blocks the power of federal courts to halt the sale or planting of GMO seeds, regardless of any harmful health effects caused by the seeds. Greens support the repeal of irrelevant sections of this legislation.

Monsanto’s influence has resulted in the appointment of the company’s former executives to top positions in the FDA’s food safety division, including Michael Taylor, Deputy Commissioner for Foods. Greens called these appointments a blatant conflict of interest that inhibits government-funded research on the effects of GMO products. See also “Will Monsanto Ties Influence Nutritionists’ Stance on GMOs? Conflicts of interest at the top dieticians’ group could undermine its effort to weigh in on genetically modified food” by Tom Philpott, Mother Jones, April 13, 2013 (www.motherjones.com/tom-philpott/2013/04/gmo-dieticians-monsanto-california)

Monsanto has extended its power by making small farmers dependent on GMO seeds, through patents and contracts. “Nowhere has the connection between Monsanto’s fortunes and farmers’ misfortunes been so clear as in India where 200,000 farmers have committed suicide since 1997. For many Indian farmers growing Monsanto’s genetically engineered Bt cotton, suicide is their only means of escaping the debt they’ve accrued to obtain the seeds and pesticides.” (www.organicconsumers.org/articles/article_24800.cfm)

Scientists have warned about serious environmental effects of GMO products, including reduced biodiversity, contamination of non-GMO farms and natural areas with GMO seeds and pesticides, loss of diverse “heritage seeds” developed over thousands of years through traditional agriculture, and collapse of bee populations around the world because of neonicotinoids in agricultural insecticides.