Dow Chemical Company, one of the main sponsors of the London 2012 Olympic games, has just been granted approval in South Africa for a new GM 2,4-D tolerant maize. GM Freeze and the Pesticides Action Network (PAN) warn that this escalation of the pesticides arms race will be repeated here and cause serious problems for farmers and consumers if the EU approves GM herbicide tolerant crops. 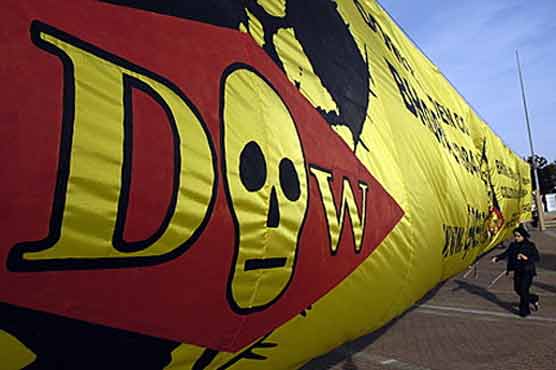 In a suite of briefings published on August 2, GM Freeze and PAN expose the dangers posed to human health and the environment by the chemicals likely to fill the gap created by failing GM technology and the rise of “superweeds”. These herbicides (dicamba, 2,4-D and glufosinate ammonium) are exactly the kind of older, more dangerous chemicals the GM industry promised its technology would make redundant, and all raise significant safety issues. Two (2,4-D and glufosinate ammonium) appear on PAN International’s Highly Hazardous Pesticide list because of chronic human health concerns, and 2,4-D is a component of Agent Orange – the defoliant used by the US military during the Vietnam War.

Superweeds no longer killed by the chemicals used with GM crops now infest millions of acres of US farmland The GM industry’s suggestion “solutions” are more GM varieties and more chemical weedkillers.

Pete Riley of GM Freeze stated: “We know that Monsanto’s promise that Roundup Ready crops would reduce herbicide use is a myth, but what many don’t know is how dangerous the alternatives are for human health and the environment.

“Some of these chemicals never should have been approved in the first place, and there have long been calls for them to be banned. It’s only because GM is failing that the biotech industry is forced to recommend them to farmers again. We are very worried that Dow has been granted permission to ramp up the pesticides arms race in the way. It will only make things worse.

“The lesson we need to learn from the US about growing GM crops is that weeds will adapt and get around herbicides. Creating new GMOs so you can apply even more chemicals is clearly not the answer and won’t work. The longer we wait to change the way we farm the more difficult and expensive it will be.”

In an effort to overcome the US superweed problem Olympic sponsor Dow also hopes to introduce a GM soya bean next year that is tolerant to three different herbicides (glyphosate, glufosinate and 2,4-D). There are currently 18 applications for similar GM herbicide tolerant crops awaiting EU approval, and GM Freeze and PAN say the time is now to learn from the mistakes made in the US before we make life for EU farmers even harder.

Applying herbicides directly to a growing GM crop will increase the likelihood that higher chemical residues will be found in food and animal feed. The organisations point out, however, that non-GM non-chemical weed management techniques can solve both weed and residue problems while creating a healthy, viable future for EU agriculture.

Dr Keith Tyrell of PAN UK said: “Experience shows integrated weed management reduces reliance on artificial herbicides. Crop rotations, break crops, grazing, mechanical weed control and mulches all help farmers reduce herbicide use, even on superweeds. These techniques reduce contamination of water sources, preserve more flower resources for pollinators like bees and help maintain profitable farming. Much more should be done to help farmers adopt these practices because in the longer term it’s this kind of agroecological weed management that will provide safer and more sustainable food production for everyone.”