Categorized as
4312
Tagged as
Beyond PesticidesFDApesticides
Related

Over half of all food samples tested by the U.S. Food and Drug Administration (FDA) contain the residues of at least one pesticide, and one in ten samples have levels that violate legal limits established by the U.S. Environmental Protection Agency (EPA), Beyond Pesticides reported Monday. 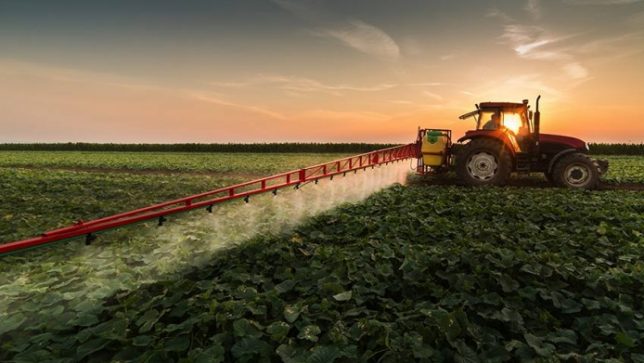 These findings, published by the FDA this month in its 2020 Pesticide Residue Monitoring Report, are simply par for the course for government regulators, as the FDA indicates the 2020 results “were consistent with recent years.” However, while reporting on the dangerous pesticides present in U.S. food has become routine for the FDA, more and more Americans are rejecting regular exposure to unnecessary toxics in their food by going organic with their food choices, planting their own pesticide-free gardens, and encouraging their elected officials to embrace safer, sustainable land care policies.

The FDA has conducted a review of pesticide residues on food on an annual basis since 1987, evaluating both domestic and imported foodstuffs into the US market. While the EPA sets “pesticide tolerances,” also known as “maximum residue levels,” of allowed pesticide residues on certain foods, the FDA (and the USDA, for some specific items like meat, poultry, and eggs) is tasked with enforcing these provisions.

Pesticide tolerances, from the start, imply that there is a tolerable level of pesticide exposure that can be applied to the general public. However, this process is rife with problems that have important public health implications. The EPA sets tolerances as part of its “food safety equation,” conducting a dietary risk assessment to determine the amount that will result in “reasonable certainty of no harm” under the Federal Food, Drug, and Cosmetic Act. As part of this process, the EPA is required by law to evaluate both dietary pesticide exposure and all other sources, including from air, water, landscaping, and household pesticide use for pesticides that have a “common mechanism” of effect. While the agency claims it is taking into account consumption by more sensitive groups, in practice this is often not the case.

Regulatory deficiencies place pregnant mothers, children, and certain ethnic groups in the U.S. at risk. Pregnant mothers and their children take in more pesticide relative to adults and have developing organs systems less capable of detoxifying toxic chemicals; as a result, they are at greater risk from lower amounts of pesticide exposure on food than adults.

Many ethnic groups also consume much more of a given food than the EPA often estimates the average consumer would eat. Thus, for various foods, like lychee, feijoa, soursop, sapodilla and other foods that may be consumed rarely by the general public but regularly by certain U.S. communities, tolerance levels are not necessarily protective of higher levels of consumption. Similarly, not considered at elevated risk are those with preexisting conditions or with elevated exposures because they are living in fenceline communities (near chemical plants) or working in industries with exposure to hazardous substances

Due to the pandemic, the FDA’s sampling program included a smaller sample size than previous years. Out of 2,078 samples tested, 316 were domestic and 1,762 were from imported food. Of the 316 domestic food samples, 59.2% contained the residue of at least one pesticide, and 3.2% were in violation of the EPA pesticide tolerances. Import samples totaled 1,762, of which over 50% contained at least one pesticide residue, and 11.6% were in violation. In general, samples of food imported to the U.S. from other countries appeared to pose a greater risk of containing pesticide residues. Countries documenting the highest number of import violations included Mexico, India, and Pakistan.

Among the over 2,000 samples tested, 185 different pesticide residues were detected. The fungicide azoxystrobin appeared the most frequently (146 times), followed by the notorious, bee-killing insecticide imidacloprid (143 times), and the fungicide boscalid (124 times).

Bee-killing neonicotinoids comprise three of the 10 most frequently detected chemicals on food, including thiamethoxam (92 times) and acetamiprid (77 times), in addition to imidacloprid. Neonicotinoids, as systemic insecticides, spread throughout a plant’s vascular system and as a result are not easily washed off, significantly increasing the likelihood of post-harvest human exposure. Other notable detections included 70 samples containing chlorpyrifos, which is now banned for use in agriculture.

Thirty-three samples contained glyphosate, which the FDA was previously cited for failing to test by the Government Accountability Office (GAO).

Products with the highest number of violations include basmati rice imported from India and Pakistan, green onions from Mexico, dragon fruit from Vietnam, and jackfruit from Mexico. Of these major violations, several are foods that certain ethnic communities in the United States consume at a higher rate than other ethnic American communities, increasing the disproportionate risk to which many communities are subjected.

While the FDA’s low sample numbers in 2020 can be excused due to the pandemic, the GAO previously cited the FDA for testing a mere fraction of fruits and vegetables produced and imported in the U.S. In 1997 testimony before Congress, Federal Regulation of Pesticide Residues In Food, the GAO stated, “Our overall judgment is that because of the limited amount of food that the FDA is able to test for pesticide residues, it is important that the FDA’s monitoring program acts as a strong deterrent against the shipment of food containing pesticide residues that render the food adulterated. Our reviews of the FDA’s pesticide monitoring program show that this is not the case.”

It is clear that not much has changed since that 1997 testimony. Rather than acting as a strong deterrent, the FDA appears content as long as data is “consistent” with the findings of recent years. Yet, the experience of recent years has shown that business as usual cannot continue. In addition to the growing specter of pesticide induced diseases harming countless American residents, pesticide residues that remain on our food are merely the remnants of earlier biocidal warfare against the natural world, the legacy of poisoned farmworkers, landscapers, pollinators, streams, or natural lands.

To stop rampant pesticide use harming people and the natural world, we must look beyond identifying a dozen or so dirty, problematic fruits and vegetables, and work towards Eating With a Conscience. Our food choices directly effect the health of our environment and the farmworkers that grow and harvest the food we eat. In the absence of meaningful protections from federal regulators, eat organically whenever possible, try your hand at a pesticide-free garden, and help protect organic integrity to ensure it remains a viable, pesticide-free alternative to toxic chemical agriculture.