In a new study, Arizona State University (ASU) and the Translational Genomics Research Institute (TGEN) have explored the effects of glyphosate exposure on the brains of mice. The research demonstrates, for the first time, that glyphosate successfully crosses the blood-brain barrier and infiltrates the brain. Once there, it acts to enhance levels of a critical factor known as TNF-α. 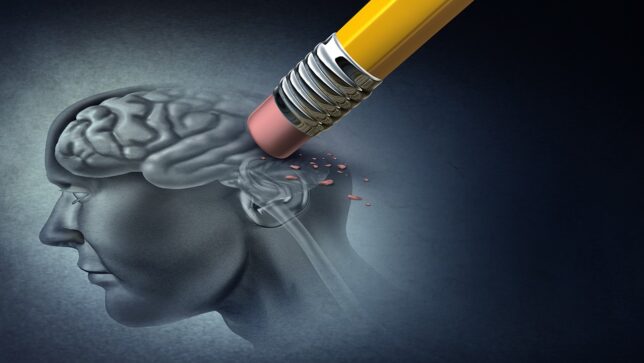 TNF-α is a molecule with two faces. This pro-inflammatory cytokine performs vital functions in the neuroimmune system, acting to enhance the immune response and protect the brain. When levels of TNF-α are dysregulated, however, a host of diseases linked with neuroinflammation can result. Among these is Alzheimer’s disease.

Neurodegenerative illnesses, such as Alzheimer’s disease, are among the most perplexing in medical science. The underlying causes of such diseases range from genetic factors and overall cardiovascular health to dietary influences and lifestyle choices. Various environmental contaminants have also been implicated as possible players in the development or advancement of neurodegenerative disease. Among these is a broad-spectrum herbicide known as glyphosate. Glyphosate is the most used pesticide in the world.

Further evidence suggestive of potential hazards to neurological health were observed when the researchers examined changes in gene expression via RNA sequencing in the brains of mice following glyphosate exposure.

These RNA transcripts hinted at disruptions in the expression of genes related to neurodegenerative disease, including dysregulation of a class of brain cells responsible for producing the myelin sheath critical for proper neuronal communication. These cells, known as oligodendrocytes, are affected by elevated levels of TNF-α.

“We find increases in TNF-α in the brain, following glyphosate exposure,” said Dr. Ramon Velazquez, the senior author of the paper. “While we examined (Alzheimer’s disease) pathology, this might have implications for many neurodegenerative diseases, given that neuroinflammation is seen in a variety of brain disorders.”

An enigmatic disease; a path of destruction

A hundred years have passed since the first diagnosis of Alzheimer’s disease. Despite vast investments in research and drug development, the affliction remains without effective treatment. A suite of therapies, developed over many decades at extravagant cost, have one by one failed to alleviate the symptoms of the disease.

Alzheimer’s disease is the most common form of dementia. The progression of the disease usually begins with mild memory loss. As the disease develops, increasing confusion and a breakdown in communication abilities often result, as the affliction attacks brain pathways involved in memory, language and thought.

Some 5.8 million Americans are living with Alzheimer’s disease, as of 2020, according to the Centers for Disease Control and Prevention. Unlike heart disease or cancer, the death toll for Alzheimer’s disease is on a frightening upward trajectory. By 2040, costs of the disease are projected to rise dramatically to between $379 billion and more than $500 billion annually. The staggering toll of the illness is currently projected to nearly triple to 14 million people by 2050.

The onset of symptoms typically occurs after age 60, and the risk to individuals doubles every five years after age 65. Although genetics are believed to play a role in some cases of Alzheimer’s disease and a family history of the disorder is considered a significant risk factor, environmental factors are believed to play a significant role in the disease.

Researchers are trying to learn how genetic correlates may subtly interact with environmental and other factors to decrease or enhance the likelihood of developing the affliction. Some recent research suggests that lifestyle changes, including proper physical activity, nutritious food, limited alcohol consumption and not smoking may help prevent or slow cognitive decline, noting that brain and cardiovascular health are closely linked.

This new study examines the neurological effects of glyphosate, the most ubiquitous herbicide. Each year, around 250 million pounds of glyphosate are applied to agricultural crops in the U.S. alone. Although the chemical is regarded as generally safe to humans by the Environmental Protection Agency and the European Food Safety Authority, researchers are taking a second look.

Little is known about possible long-term effects from prolonged exposure to glyphosate. One issue of considerable concern is that glyphosate can cross the blood-brain barrier, a layer of endothelial cells preventing dissolved substances in the circulating bloodstream from readily passing into the extracellular fluid of the central nervous system, where the brain’s neurons reside.

Potential risks to brain health posed by glyphosate should be critically evaluated, particularly for those consistently exposed to the herbicide.

“The Alzheimer’s connection is that there’s a much higher prevalence of Alzheimer’s disease in agricultural communities that are using this chemical,” paper co-author Joanna Winstone said. “We’re trying to establish a more molecular-science based link between the two.”

The study exposed mice to high doses of glyphosate, then detected elevated levels of TNF-α in their brains. The researchers then exposed extracted mouse neurons in petri dishes to the same levels of glyphosate detected in the brains of mice, observing elevated amyloid beta and cell death in cortical neurons. Dysregulated oligodendrocyte RNA transcripts, which could indicate disruption of myelination, were detected in brain tissue.

Taken together, the results demonstrate a correlation between glyphosate exposure and classic symptoms of Alzheimer’s disease, though the authors stress that much more work will be required before a causative link can be established.

Nevertheless, the widespread use of the chemical and the disturbing correlation highlighted in the study underscore the need for intensified investigation. Among the pressing questions to be answered: How does prolonged, low-dose exposure to glyphosate affect the brain; does glyphosate act synergistically with other chemicals present in common herbicides; and can glyphosate be detected post-mortem in patients who died of Alzheimer’s disease?

On the horizon, new drugs designed to reduce TNF-α in the brain are being explored, offering renewed hope for those with Alzheimer’s disease as well as other neurodegenerative ailments.