A coalition of non-governmental organisations, farmer groups and research experts from various African countries have called on the Nigerian government to revoke the permits granted by Nigeria’s National Biosafety Management Agency (NBMA) to the Institute for Agricultural Research (IAR), Zaria, for the commercial release of genetically modified (Bt) Cowpea (PBR-Cowpea). 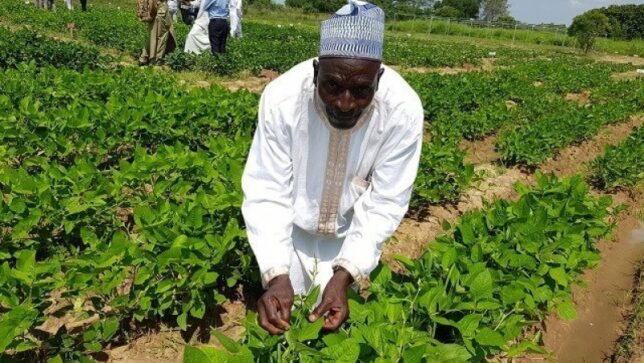 This call was made in an online international press conference: Pushing Back Bt Cowpea in Africa, organised by Health of Mother Earth Foundation (HOMEF) in collaboration with the African Center for Biodiversity (ACB).

The coalition demanded that distribution of BT Cowpea to farmers be stopped immediately, as they stated that is bound to have severe long-term negative implications on the environment and farmers’ seeds and populations, and production practices. Further, Nigerian farmers could become trapped in unsustainable, unsuitable, and unaffordable farming practices, deepening the threat to food and nutritional security and ultimately farmers’ rights. They also admonished other African governments to desist from the use of this variety and other GM crops on the continent, which represent continued agrarian extractivism and exploitation of smallholder farmers.

Cowpea – popularly known as beans – is an indigenous African crop and major source of protein. As a staple food for humans, as well as an essential animal feed, Cowpea plays a crucial role in food and nutritional security, as well as providing an important source of income. Nigeria is the prime producer, with a yearly average production of about 2.7 million metric tons over the last 10 years.

Nigeria is the first country to commercially release Bt Cowpea, with approval granted in 2019, despite concerns expressed by stakeholders with regard to the environmental, socio-economic and health implications. The other countries under pressure to adopt this technology are Ghana and Burkina Faso.

Pod Borer-Resistant Cowpea (PBR-Cowpea), also known as Vigna unguiculata, is modified to express the Cry1Ab protein, which is expected to “confer protection from certain lepidopteran insect pests of cowpea, principally the pod borer (Maruca vitrata Fabricius). This transgene Cry1Ab has been shown by scientists to be toxic to human and animal liver cells, and also alters the immune system. The use of this transgene was banned in South Africa, where the cultivation of genetically modified maize led to enormous pest resistance and infestation.

According to Sabrina Masinjila, advocacy and research officer at ACBio, the GM cowpea as well as other GM crops are false solutions to challenges facing smallholder farmers and will eventually leave them more destitute, as evident in the failure of other GM crops.

Nnimmo Bassey, environmental activist and director of HOMEF, said “the release of this GM variety will utterly contaminate natural varieties through cross pollination, posing a threat to their preservation. The loss of varieties means that rather than promote food security, Africa is stepping into an era of uncertainty, of gross unpredictability and food supply instability. We must also consider the fact that the insecticidal beans can also kill non-target organisms and lead to the development of super bugs.”

A recent review [1] of the risk assessment document on which the approval was based reveals deficiencies in the safety assessment of the Bt toxins produced in the plants, which pertain to the expression of the additionally inserted genes, the impact on non-target organisms, and the impact on bio-geochemical processes and food safety.

The coordinator of the food sovereignty programme at Friends of the Earth Africa/Nigeria, Mariann Bassey-Orovwuje, noted that “generally, GMOs are accompanied with large range of socioeconomic problems. Smallholder farmers – the bedrock of agriculture on the continent – stop being able to compete with large industrial producers in a globalised market, leading to further land grabs, rural unemployment, depopulation, malnutrition and a sharp increase in violent conflicts between small farmers and large agro-industrial producers. The recent farmer crisis in India has proven once more that GMOs lead to accumulation of wealth in the hands of a small elite group unwilling to share its profits with the rest of society.”

According to Lovelyn Ejim, a farmer and president of the Network of Women and Youth in Agricalture, most farmers are completely uninformed on this variety and its environmental and health implications, and consumers are denied the right of choice as labelling isn’t feasible, especially in Nigeria, where food is sold in cups and measures, and the product is processed in various forms. Farmers, when they understand the implications of these genetically modified varieties refuse to plant them.

The coalition stressed the need for governments across Africa to strengthen their biosafety legislation in line with the precautionary principle, [2] which advises caution where there is no certainty of environmental and health safety. The group also demanded adequate support for smallholder farmers, who have over the years resisted pest and disease invasions and improved food productivity, through indigenous knowledge and innovation.