Categorized as
6296
Tagged as
glyphosatesperm
Related 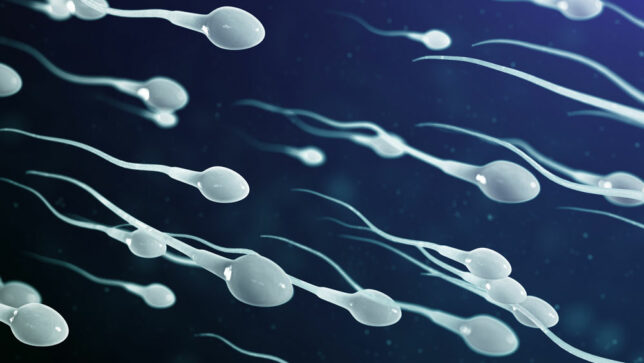 Only pure glyphosate was tested in this experiment – there is no comparison with the formulated herbicides as sold and used, even though these have been found to be more toxic in many studies.

Both low and high doses of glyphosate were administered (see exact dosage details in the “Acceptable daily intake level found unsafe” section below).

Glyphosate was found to be present in the blood and testis of both dose groups and affected testicular function. Sperm concentration and movement declined in animals exposed to glyphosate. Abnormal sperm were drastically increased in both dose groups and the main manifestations of defective sperms were acephalia (head deletion), no tail, coiled tail, no-hook head, and double tails.

In sum, the study found that glyphosate exposure results in decreased quality and quantity of sperm.

How sperm is damaged by glyphosate

In experiments using cells directly derived from rat testis (Sertoli cells), the researchers found that the glyphosate-induced sperm damage was probably due to the disruption that the chemical causes to the blood-testis barrier. This disruption was found to be caused by the destructive process known as oxidative stress. The authors present evidence that the oxidative stress was caused by glyphosate increasing the activity of an enzyme, NOX1, which is able to produce reactive oxygen species (ROS) that are highly damaging to tissues.

The low dose of glyphosate tested, of 2 mg per kg of bodyweight per day (mg/kg bw/d), is close to the  acceptable daily intake (ADI) of 1.75 mg/kg bw/d assigned by the US Environmental Protection Agency. This is the dose that the agency deems to be safe to ingest on a daily basis over the long term.

The high dose tested, 50 mg/kg bw/d, while not environmentally relevant, is relevant to regulation of glyphosate because it is only 1/20th of the no-observed adverse effect level (NOAEL) of the 1000 mg/kg bw/d established in rats for reproductive toxicity in industry tests, as the authors state. NOAELs are different for different endpoints, e.g. carcinogenicity, reproductive toxicity, etc. The ADI is then worked out, based on the NOAEL.

The researchers on the new study found adverse reproductive effects at the NOAEL. Based on this finding, the obvious conclusion is (though the researchers do not state as much) that the EPA’s ADI is incorrect — it should be lowered.