A recent Korean publication shows that the uncontrolled spread of genetically engineered canola (oilseed rape) is already happening in 14 countries on five continents. These are countries which either allow the cultivation of GMO canola (such as the USA and Canada), or have tested it in experimental releases (such as Germany), or allow the import of kernels (such as Japan). Moreover, it has to be assumed that there is a high number of undetected cases, as many regions do not have systematic monitoring, Testbiotech reported. 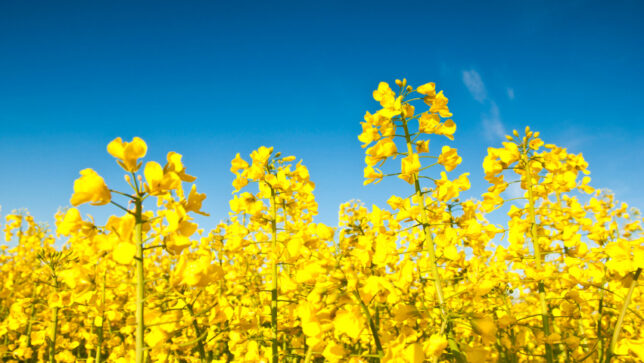 GMO canola is resistant to several herbicides, such as glyphosate. In many cases, the plants have persisted in or around the fields and along of transport routes for several years, and have been found to have a higher potential for environmental spread than previously assumed.

The long-term risks are difficult to assess because the offspring of GMO plants can have characteristics not observed in the original plants. One reason for this are the unintended effects caused by the genetic engineering process itself. In several cases, it has been found that the offspring of GMO plants produce a higher number of seeds and show stronger growth. In some regions, the spread of GE plants is already a threat to biodiversity: offspring of GMO cotton are already spreading in Mexico, and thus endangering wild populations of the same species in the center of origin.

In comparison, the problems in EU member states are still fairly few and far between. This is because EU regulation follows the precautionary principle, which does not allow the cultivation of GMO plants with a high potential for environmental spread. Importantly, unintended effects associated with the process of genetic engineering must also be assessed in each case, and the relevant data made accessible to the public.

In addition, regulation requires detection procedures to trace the plants in the environment. Finally, labelling rules also provide some certainty for farmers so that they do not unintentionally sow GMO seeds.

Experts are, however, concerned that the EU Commission wants to abandon many of the advantages of current regulation. It appears that EU regulation might be adapted to resemble that of Canada, the US or Japan, all of which are more aligned to the interests of industry.

Consequently, many of the plants genetically engineered with, for example, CRISPR/Cas, might no longer be assessed in regard to unintended effects caused by the GMO process. Detection procedures and labelling would be abandoned. At the same time, many New GMO organisms could be released into the environment within a short space of time.

Therefore, according to analysis by Testbiotech, the deregulation as currently envisaged by the EU Commission, could be a major threat to ecosystems and food production systems. The huge technical potential of New GMO makes sufficient oversight a necessity. Last but not least, the EU Court of Justice ruling from 2018 clearly stated that New GMO organisms should not be exempt from mandatory approval processes, as this would fail to respect the precautionary principle.