The new coalition government in Germany has confirmed that glyphosate-based herbicides will be banned in the country from the end of 2023, as part of a wider agreement to reduce the use of toxic chemical inputs in agriculture, Reuters reported on Wednesday. 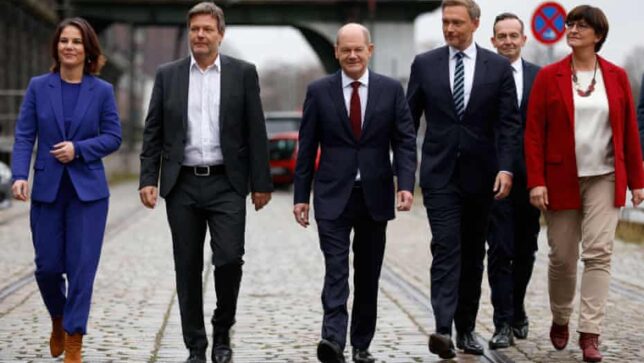 The coalition agreement that outlined the glyphosate ban will install a three-way federal government and end 16 years of conservative-led rule under Angela Merkel following a September election. The new coalition comprises the centre-left Social Democrats, the ecologist Greens and the libertarian Free Democrats (FDP).

The new government wants to achieve a 30% level of organic farming in Germany by 2030. More financial support will be provided to farmers to switch from conventional to organic farming, it said. They also want to “significantly reduce” emissions including ammonia and methane from agriculture and move German farming towards the goal of climate neutrality.

Advertising of foods with high sugar, fat and salt content targeting children under 14 will be stopped as an extra measure in the new food strategy in Germany.

Previously, under Angela Merkel the German Enviornment Ministry stated in September 2019 that glyphosate would be banned from the end of 2023 and limits put on its use before then.

Bayer disagreed with Germany’s decision, saying: “Such a ban would ignore the overwhelming scientific assessments of competent authorities around the world that have determined for more than 40 years that glyphosate can be used safely.”