Five peer-reviewed animal studies from the U.S. and Argentina released over the last two weeks have focused minds on the infertility crisis being caused by glyphosate-based herbicides. 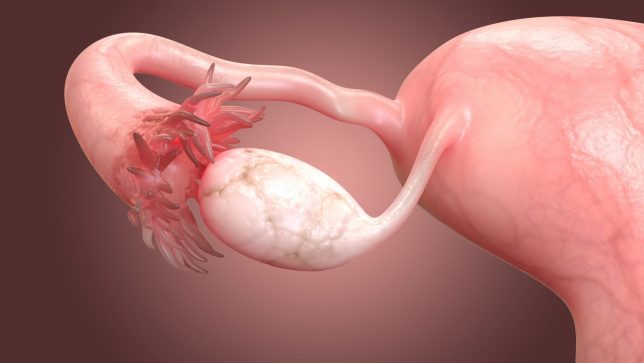 In stunning revelations from a study on female mice from the Department of Animal Science at Iowa State University it was revealed that ovarian weight and follicle number were altered at a glyphosate dose level of 2 mg/kg and that chronic low-level exposure to glyphosate altered the ovarian proteome, which could ultimately impact ovarian function.

The dose levels used in this study were low compared to most previous studies and the highest dose of 2 mg/kg is only just above the dose considered safe by the U.S. government (1.75 mg/kg bw/day). Such a dose should show no damaging effects on health, as the official ‘safe’ level is set by reducing a dose that shows health damage by one hundred-fold.

Mice and rat studies are the best models used to evaluate possible health damage to humans of exposure to environmental contaminants such as glyphosate.

What are Ovarian Follicles?

Ovarian follicles are small sacs filled with fluid that are found inside a female’s ovaries. They secrete hormones which influence stages of the menstrual cycle. Each has the potential to release an egg for fertilization. Follicles and their size and status are a vital part of assessing fertility.

What is the Ovarian Proteome?

The main constituents of adult ovaries are hormone producing ovarian stromal cells. Transcriptome analysis shows that 73% (n=14387) of all human proteins (n=19670) are expressed in the ovary and 173 of these genes show an elevated expression in ovary compared to other tissue types.

Researchers at the The National University of Litoral in Sante Fe, Argentina have published three concerning peer-reviewed papers including two studies on ewes and rats and one review.

The study on prepubertal ewe lambs concluded that “neonatal exposure to glyphosate-based herbicides (GBH) decreased cell proliferation and altered the expression of molecules that control proliferation and development in the uterus. All these changes might have adverse consequences on uterine differentiation and functionality, affecting the female reproductive health of sheep. Glyphosate-based herbicides may be responsible for uterine subfertility (infertility), acting as an Endocrine Disrupting Chemical (EDC).”

The exposure to endocrine-disrupting compounds (EDCs), such as glyphosate-based herbicides (GBHs), during early life could alter female fertility.

In this study rats were fed 2mg/kg of body weight/day of glyphosate alone and a glyphosate-based herbicide from 9 days in to pregnancy until they weaned their pups.

The fertility of their pups when they became adults was shown to be damaged. Both glyphosate alone and in formulation increased preimplantation losses, increased serum 17β-estradiol in early pregnancy and disrupted uterine implantation-related genes.

The study concluded that perinatal exposure to glyphosate alone or a glyphosate-based herbicide disrupted critical hormonal and uterine molecular targets during the receptive state, possibly associated with the implantation failures.

A review paper prepared by researchers at the Department of Poultry Science in the University of Georgia concentrated on the risk to farm animals of exposure to glyphosate-based herbicides.

The researchers stated that “the adoption of genetically engineered (GE) crops in agriculture has increased dramatically over the last few decades. Among the transgenic plants, those tolerant to the herbicide glyphosate are among the most common. Weed resistance to glyphosate-based herbicides (GBHs) has been on the rise, leading to increased herbicide applications. This, in turn, has led to increased glyphosate residues in feed.”

They concluded that “although glyphosate has been considered to be generally safe to animal health, recent studies have shown that GBHs have potential to cause adverse effects in animal reproduction, including disruption of key regulatory enzymes in androgen synthesis, alteration of serum levels of estrogen and testosterone, damage to reproductive tissues and impairment of gametogenesis. Our review emphasizes known effects of GBHs on reproductive health as well as the potential infertility risk GBH residues pose to animal agriculture.”

These new peer-reviewed studies and reviews follow on from the Global Glyphosate Study pilot results, which were published in 2019, that showed that exposure to glyphosate-based herbicides was associated with androgen-like effects, including a statistically significant increase of anogenital distance (AGD) in males and females, delay of first estrous and increased testosterone in females.

AGD, the distance between the anus and the genitals, is a sensitive marker of prenatal endocrine disruption affecting the genital tract development. Exposure to different chemicals including pesticides has been linked previously to altered AGDs and other endocrine effects.