Glyphosate is the most used weedkiller in India with over 675,000 Kg of it spread on Indian farmland in 2018-2019, however a new change on who is allowed to spray glyphosate, which is set to be introduced by the Indian government, will immediately massively reduce sales of the chemical across the country. 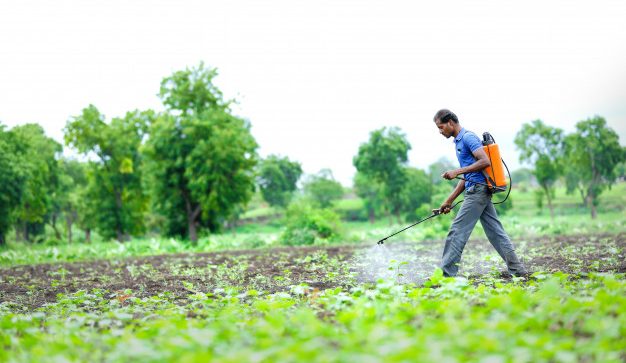 The draft notification that was made public on Friday outlines how the Indian government wishes to approach the glyphosate issue in the country in the short-term:

“Whereas the Central Government has received a report from the Government of Kerala for prohibiting the distribution, sale and use of Glyphosate and its derivatives;

And whereas the Central Government, after considering the report of the State Government of Kerala and after consultation with the Registration Committee set up under the Insecticides Act, 1968 (46 of 1968), proposes to make, the Draft Order…This Order may be called the Restriction on use of Glyphosate Order, 2020:

The move to restrict glyphosate is likely partly aimed at controlling the spread of illegal herbicide tolerant (HT) cotton, which more farmers in some regions of India have been caught planting this year. There are very few Pest Control Operators in rural areas of India, so the draft order is seen as an attempt by the Indian government to stop the use of glyphosate using a regulation that makes it almost impossible for farmers to spray glyphosate. 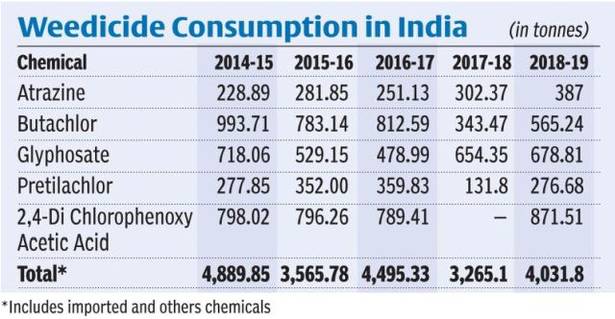 However, Kavitha Kuruganti of Alliance for Sustainable and Holistic Agriculture told Business Standard that the new central government draft order on who can spray glyphosate ‘pretty useless’.

“It does not address anything related to the sale of glyphosate. In the absence of regulatory oversight over who is selling, who is buying and who is using on the ground, what is the point of saying that use is restricted to only by Pest Control Operators? It appears that the government has not yet grasped the full set of repercussions with glyphosate. The Government needs to go to the next logical step of banning the chemical,” Kuruganti said.

The India government is currently cracking down on international pesticide companies and this latest announcement on glyphosate follows a draft notification on May 18 from the Ministry of Agriculture and Farmers’ Welfare, proposing a ban on the manufacture, sales and imports of 27 other pesticides in India.