In June GMWatch reported on a study in which CRISPR gene editing was used to alter human embryos. The study found that around half of the edited embryos contained major unintended edits in the form of deletions or additions of DNA directly adjacent to the edited gene. 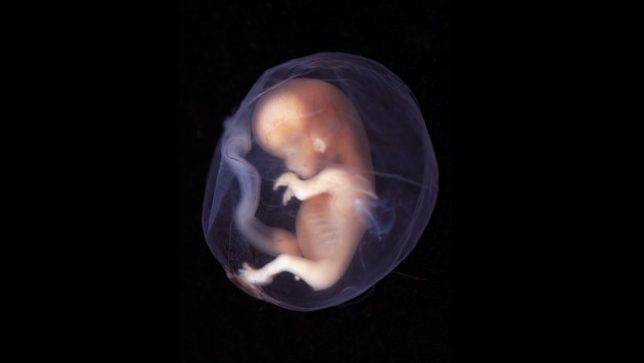 Fyodor Urnov, a gene–editing expert and professor of molecular and cell biology at the University of California, Berkeley, commented on the study, “There’s no sugarcoating this. This is a restraining order for all genome editors to stay the living daylights away from embryo editing.”

The study has not yet been peer-reviewed and is published on the pre-print website bioRxiv.

Now the journal Nature has drawn attention to two more pre-print papers with similar findings to that above. Together the three papers show that the use of the gene–editing tool CRISPR–Cas9 to modify human embryos can induce large unwanted changes to the genome at or near the target site. Nature titled its article, “CRISPR gene editing in human embryos wreaks chromosomal mayhem”.

It is crucial, in GMWatch’s view, that regulators of gene–edited food crops take note of the findings and learn the appropriate cautionary lessons.

The Nature article says the papers “give scientists a good look at what some say is an underappreciated risk of CRISPR–Cas9 editing. Previous experiments have revealed that the tool can make ‘off target’ gene mutations far from the target site, but the nearby changes identified in the latest studies can be missed by standard assessment methods.”

Nature quotes Gaétan Burgio, a geneticist at the Australian National University in Canberra, as saying, “The on-target effects are more important and would be much more difficult to eliminate.”

Fyodor Urnov, who was not involved in any of the latest research, told the journal, “If human embryo editing for reproductive purposes or germline editing were space flight, the new data are the equivalent of having the rocket explode at the launch pad before take-off.”

The CRISPR Rush: Who would you trust to play God?

Nature correctly states that major on-target changes “could be missed in many experiments, which typically look for other unwanted edits, such as single DNA-letter changes or small insertions or deletions of only a few letters. The latest studies, however, looked specifically for large deletions and chromosomal rearrangements near the target site.”

Urnov told Nature, “This is something that all of us in the scientific community will, starting immediately, take more seriously than we already have. This is not a one-time fluke.”

What was found in the embryos is the same as what was previously found in animals and in human somatic cells (body cells that are not involved in reproduction, i.e. not sperm or eggs).

The London-based molecular geneticist Dr Michael Antoniou commented on the findings, “What these researchers have found in human embryos will also be happening in gene–edited plants. But plant genetic engineers are typically fixated only on identifying off-target mutations. So they often miss unintended on-target mutations that can result in numerous outcomes, including unwanted changes in the function of the targeted gene or disruption of the function of multiple genes around the editing site.”

An exception is a study that found large-scale unintended mutations at the intended editing site in CRISPR gene–edited rice plants. The researchers found that these mutations were of the same type as those found in the recent human embryo research – namely large insertions, deletions, and rearrangements of DNA at the on-target editing site. Given the extensive nature of these alterations in DNA sequence, these mutations will in all likelihood disturb the functioning of multiple genes, with unknown consequences to the plants’ biochemistry.

The researchers who conducted the rice study concluded, “early and accurate molecular characterization and screening must be carried out for generations before transitioning of CRISPR/Cas9 system from lab to field”. They added, “Understanding of uncertainties and risks regarding genome editing is necessary and critical before a new global policy for the new biotechnology is established”.

Dr Antoniou said, “Proponents of gene–editing in agricultural plants claim that off-target and unintended on-target mutations can be screened out prior to marketing. But GMO plant developers mostly check gene–edited plants for obvious faults like deformities or stunted growth. They do not carry out detailed molecular characterization and screening for unintended mutations, altered biochemistry, and the inadvertent production of toxins or allergens. So these could easily be missed.”

He continued, “It is critical that regulators take note of the similarity of such findings in animal, human, and plant systems and keep gene–edited products regulated and labelled, using current EU GMO laws as a minimum standard.”