A jury on Saturday awarded US$ 250 million in punitive damages to a southeastern Missouri peach farmer who argued that weedkiller dicamba that had drifted onto his orchards from other farms had severely damaged his trees — an award that could bode well for over 140 other farmers suing the chemical’s makers – Bayer (Monsanto) and BASF. 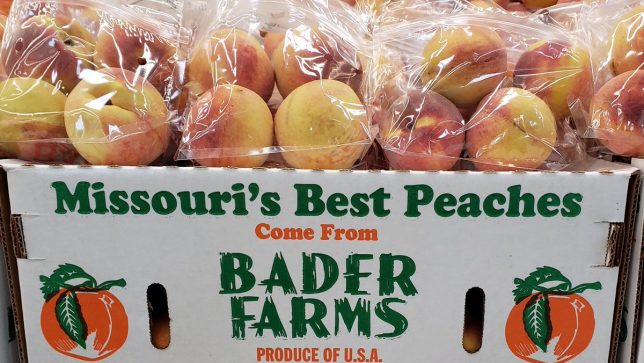 The punitive damages awarded to farmer Bill Bader, of Campbell, came a day after the jury awarded him $15 million in actual damages, agreeing with his argument that dicamba had drifted over from other farms and severely damaged Bader Farms, which is one of the largest peach farms in Missouri. Bader’s attorneys argued that his trees likely wouldn’t survive the dicamba exposure, The St. Louis Post-Dispatch reported.

The jury verdict is the latest litigation nightmare for Bayer, which is also seeking to settle tens of thousands of lawsuits claiming exposure to its Roundup weedkiller causes cancer.

This latest court decision was also issued amidst reports of an ongoing dicamba drift crisis — reported cases of dicamba drift are up in Indiana, Arkansas, Iowa, and Illinois.

Linda Wells, Pesticide Action Network Organizing Director, issued the following statement: “This verdict is just the tip of the iceberg — there is a long queue of farmers who have been impacted by dicamba drift and deserve their day in court. The internal Monsanto (now Bayer) documents uncovered in this case show that the company released a highly destructive and intentionally untested product onto the market, and used its influence to cheat the regulatory system.

While farmers who don’t use the Xtend system are hit with crop damage and yield loss from dicamba drift, Bayer and BASF are reaping the financial gains of an increase in acreage planted to dicamba resistant soybeans, and an increase in use of dicamba formulations. Bader Farms’ victory in this case signals a turning tide, and opens opportunities for farmers to hold Bayer and BASF legally accountable for the dicamba drift crisis more broadly.”

Dozens of farmers around the United States are suing the former Monsanto Co., purchased in 2018 by Bayer AG, and conglomerate BASF in an effort to hold the companies accountable for millions of acres of crop damage the farmers claim is due to widespread illegal use of the weed killing chemical dicamba, use promoted by the companies.

Dicamba has been used by farmers since the 1960s but with limits that took into account the chemical’s propensity to drift far from where it was sprayed. When Monsanto’s popular glyphosate weed killing products, such as Roundup, started losing effectiveness due to widespread weed resistance, Monsanto decided to launch a dicamba cropping system similar to its popular Roundup Ready system, which paired glyphosate-tolerant seeds with glyphosate herbicides. Farmers buying the new genetically engineered dicamba-tolerant seeds could more easily treat stubborn weeds by spraying entire fields with dicamba, even during warm growing months, without harming their crops. Monsanto announced a collaboration with BASF in 2011. The companies said their new dicamba herbicides would be less volatile and less prone to drift than old formulations of dicamba.

The Environmental Protection Agency approved the use of Monsanto’s dicamba herbicide “XtendiMax” in 2016. BASF developed its own dicamba herbicide that it calls Engenia. Both XtendiMax and Engenia were first sold in the United States in 2017.

Monsanto started selling its dicamba-tolerant seeds in 2016, and a key claim by the plaintiffs is that selling the seeds before regulatory approval of the new dicamba herbicides encouraged farmers to spray fields with old, highly volatile dicamba formulations. The Bader lawsuit claims: “The cause of such destruction to Plaintiff Bader Farms’ crops is Defendant Monsanto’s willful and negligent release of a defective crop system – namely its genetically modified Roundup Ready 2 Xtend soybeans and Bollgard II Xtend cotton seeds (“Xtend crops”) – without an accompanying, EPA-approved dicamba herbicide.”

Farmers claim that the companies knew and expected that the new seeds would spur such widespread use of dicamba that drift would damage the fields of farmers who did not buy the genetically engineered dicamba-tolerant seeds. The farmers allege this was part of a scheme to expand sales of the genetically engineered dicamba-tolerant seeds. Many allege the new dicamba formulations sold by the companies also drift and cause crop damage just as the old versions have done.