Biotech developers in the EU are lobbying hard to rewrite or remove regulations intended to protect consumers and the environment. With a little ‘help’ from the White House and – thanks to an apathetic mainstream media  – a lack of public awareness, they could succeed. 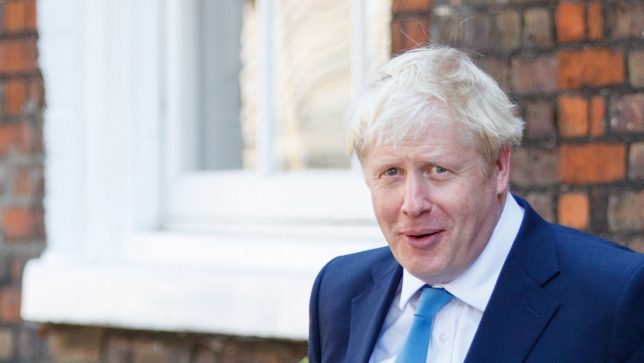 Source: Beyond GM, By Pat Thomas

Tied up in a pretty bow of feeding the hungry and fighting climate change, their argument really boils down to this: there are no limits to what genetic engineering can do in any sphere, including food and farming, and there should be no regulatory limits to hold us back.

Although complaints about restrictive regulations, in the EU and elsewhere, are common, the research and scientific establishment’s activity around this has ramped up considerably in the last 12 months.

As this article was written the new UK Prime Minister, Boris Johnson, used his first speech to support the idea of reducing regulation on GMOs: “Let’s start now to liberate the UK’s extraordinary bioscience sector from anti genetic modification rules and let’s develop the blight-resistant crops that will feed the world.”

That’s because a year ago today the European Court of Justice ruled that organisms that arise from a new technique called directed mutagenesis are GMOs as defined by the EU GMO Directive. As such they should be regulated in the same way as GMOs produced using older techniques. Since many new GMO techniques use this step the law has been widely interpreted as applying to all new GMOs.

You might think that a ruling made by the highest court in Europe in matters of Union law, would be the end of the story. In fact it was only the beginning.

The ECJ ruling was made after considerable deliberation and consultation with experts in the field, and was fully in line with strict EU regulations on genetically engineered organisms as well as the current status of the science for this technology.

Nevertheless, following the announcement, barely a heartbeat had passed before biotech scientists were wringing their hands, sounding the death knell for science and innovation and demanding that something be done.

They described the ruling as a departure from “science based decision making” and “backward looking and hostile to progress” – ridiculous pronouncements that were heavy on the hysteria and light on fact.

They might also have been a form of misdirection. Behind the scenes, ‘Big Biotech’ has long been lobbying for the regulations to be rewritten or abandoned altogether. In addition, the European Union has been a target of aggressive lobbying, bordering on bullying, by the US to abandon its exemplary precautionary approach to GMO regulations.

The ECJ ruling opened the door for this and this past year has been defined by attempts, particularly from scientific institutions in the UKand Europe, to rewrite the regulations and advance this agenda.

It comes as no surprise, then, that outgoing EU Health Commissioner Vytenis Andriukaitis has stated: “we need a new legal regulatory framework for these new techniques”. Or that a coalition of 14 EU member states are calling on the next European Commission to update EU GMO laws. In lockstep with the biotech research community’s wishes, the EU’s Commission’s Scientific Advice Mechanism (SAM) has also called for the existing GMO directive to be revised.

In the US, President Trump has also joined the party by issuing an Executive Order which aims to hasten the deregulation of GMOs in the US and fund a programme of outreach and “education” to help Europeans adjust their attitude to genetically engineered foods.

Alongside this, scientists have been a ratcheting up of efforts to genetically engineer not just plant crops but farm animals intended for food, while a wave of tech start-ups around the globe are working on bacteria that can pump out novel ingredients like fake vanilla and citrus flavourings.

No barrier to innovation

Earlier this year, in meeting attended by the (now former) UK Secretary of State for the Environment Michael Gove, I listened to the Who’s Who of UK agritech R&D complain that regulation was preventing them from bringing their innovations to market. But is this really so?

In the R&D stage there is nothing hampering or preventing experimentation and innovation with genetically modified organisms. Research in this area is lavishly funded, both by private and public money. A peek at the EU register of genetically modified food and feed shows regulation hasn’t stopped genetically engineered plants and other organisms from being authorised.

It’s a fair assumption that these approvals will not be overturned in post-Brexit UK.

So why aren’t there more GMOs in our fields and in our stores? Because, thus far, many of the approved crops, which are so useful in American agriculture, are not really suitable for EU or UK farms, either because they won’t grow well here or because conventional varieties which do the same job are available. It’s also because consumers don’t want them and because strict labelling laws mean manufacturers can’t simply slip them into our foods.

Farmer’s attitudes may soften as new crops come on stream, but consumers’ attitudes are unlikely to. The only way to finesse genetically engineered foods onto our plates is to change the regulations so that ‘new’ GMOs – the so called ‘gene edited’ (GE) organisms which, are produced using technologies like CRISPR – are exempted from testing and, crucially, from labelling. With no labelling to differentiate them from other food products, consumers could be nudged into a kind of passive acceptance.

What is regulation for?

This is already in motion in the US where the USDA has recently proposed to revise its current method for regulating genetically modified plants and animals, to exclude newer so-called ‘gene-edited’ GMOs. Countries like Australia and Japan are considering similar proposals.

At this point it’s worth asking: what is regulation for? I’ve asked this question in several fora – I’ve asked it of Mr Gove – and it is surprising how often it gets batted away as absurd. Nevertheless, it seems important to restate that regulators are gatekeepers, not doormen and that the purpose of regulation is to provide protection, either to individuals or to the environment, not to create or promote markets.

Biotechnology likes to promote itself as ‘disruptive’. If that is the case then regulation is even more important. By their very nature, disruptive technologies – e.g. driverless cars, social media and AI – cut across multiple areas of concern and have wide ranging implications for accepted narratives around things like freedom and food, for impacts on environment, for trade and for consumer choice and health. Because of this, they require more comprehensive and carefully considered regulation (and a much stronger code of ethics) underpinning them.

For those who carp about science-based regulations it’s equally important to ensure that ‘the science’ is considered in its entirety. In a recent article about why we should not deregulate GM foods and crops, Dr Michael Antoniou, a molecular geneticist at Kings College London, reminds us that regulation is not the same as a ban (though the two are often conflated) and, in fact, represents a reasonable “middle way” that is true to science, that reflects “the uncertainties of the gene editing process” and provides protection for consumers and the environment.

Getting our priorities right

In the UK, it is uncertain if any meaningful European regulations around GMOs will survive Brexit. Biotechnology was a main driver in Michael Gove’s proposed fourth agricultural revolution, and government has signalled full steam ahead this year by authorising four new field trials for GMO potatoes, camelina (false flax), wheat and brassicas. The UK’s new ‘food tsar’, Henry Dimbleby, tasked with providing the vision and strategy for the future of UK food, has publicly acknowledged what he sees as the potential of lab grown meat and genetically engineered crops.

Most shockingly, as he slipped into office on July 24th, the UK’s controversial new Prime Minister, Boris Johnson made the government’s priorities clear: “Let’s start now to liberate the UK’s extraordinary bioscience sector from anti-genetic modification rules and let’s develop the blight-resistant crops that will feed the world”.

Given our current trajectory, here are some priority considerations:

All stakeholders need a voice. The current debate is being stage-managed by a small, unrepresentative, but nevertheless powerful, group of people. A more open and inclusive dialogue around new GE technologies in agriculture is what is needed and this demands interaction from a well-balanced group, with experts and practitioners from all sides of the debate, representing diverse approaches to, and perspectives on, “innovation”.

A participatory process for assessing technological innovations especially needs to involve citizen stakeholders. This, as the recent IPES report notes, is the direction of travel for governments and regulations worldwide.

Other types of agricultural innovation must be supported. If we truly aspire to sustainability then we need to put our money where our mouths are. Currently, public funding is used almost exclusively to research new GE varieties intended for production systems reliant on high inputs of fertilisers and pesticides. Every major report on the future of food in recent years has concluded that this system is at the end of its shelf life.

For every British pound that is put into GE research another should also be invested research into non-GE food crops and animals which can perform well within resilient agroecological farming systems. In order to meet the challenges of a changing climate and increased extreme weather events, this must be a priority.

Farmers and growers want strong regulation and assurances that, for those who eschew GE crops, supply chain integrity will be maintained post-Brexit. It’s important to consider the impact on the UK food sector as a whole if UK regulations on GE were no longer in line with those of our major trading partners in Europe.

There is potential for unintended consequences, for instance from contamination from trials, from unregulated commercialisation including damage to existing internal and export markets. We must also consider the impact on third party certifiers, for example organic, and the damage that contamination from GE could do to businesses and to consumer trust.

The public wants strong regulation. The majority of the British public are against genetically engineered crops and foods. A 2017 poll for Bright Blue, which looked at opinions around a green Brexit, across the political spectrum, found that 61% of Conservative voters polled wanted a ban on the production of GM crops. Looked at through the lens of ‘leavers’ and ‘remainers’ the survey also found that a similar percentage, on both sides, favoured maintaining or strengthening regulations around GM crops.

Strong regulation must also include provisions for clear and comprehensive labelling – a core demand of citizens/eaters/voters.

Clearly agriculture faces a great many challenges, but there is no convincing evidence that loosening up regulations on genetically engineered organisms will solve any of these. Given that GE is primarily used to shore up an intensive industrial model of farming, it may serve to further entrench them.

Any development of gene-edited crops must be conducted with an eye on the systemic nature of agriculture and within the limits of what is deemed to be responsible and prudent, and regulations must be in line with the Precautionary Principle.

Anything else and governments and regulators should be prepared for an almighty backlash from civil society and the general public.

If you live in the UK now is the time to get involved.

Sign our joint petition hosted by Beyond GM and GM Freeze calling on the UK government maintain strong regulation of new GMOs post-Brexit and continue to label GM-containing foods. Please sign and pass on to others who might be interested.

You can also write to your MP, MSPs, AM or MLA and, while we are still members of the EU, your MEP.