A new report by the Center for Environmental Health (CEH) found high levels of the toxic weed killer glyphosate in over 70 percent of the oat-based breakfast foods commonly served in K-12 schools across the U.S.. 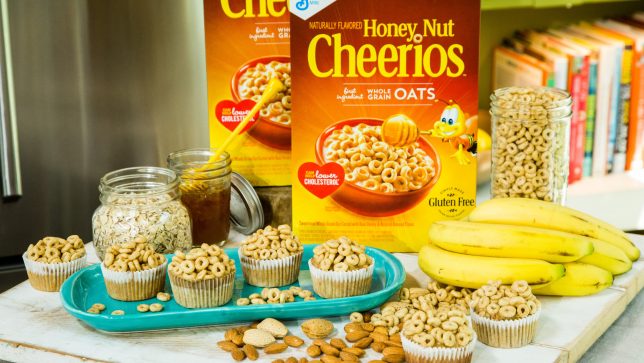 Glyphosate, the active ingredient in Monsanto’s Roundup, the world’s most widely used herbicide, is applied on farms that grow corn, soybeans, oats, and hundreds of other crops. From there, it can make its way into our food, especially popular breakfast cereals and nutrition bars.

The World Health Organization identified glyphosate as a probable human carcinogen in 2015 and last year California’s state environmental protection agency listed it as a chemical known to the state to cause cancer.

Glyphosate is also an endocrine-disrupting chemical (EDC). EDCs interfere with the body’s hormones, and as such have been linked to cancers, diabetes, stroke, and reproductive problems, health issues which can even be passed onto future generations. EDCs can also be harmful in low, long-term exposures, the kind of dose one would be exposed to by eating foods containing trace amounts of glyphosate.

Environmental Protection Agency (EPA) estimates that exposure to glyphosate residues in our food has increased four times over the past quarter-century, with children more likely to be exposed than adults. Recent biomonitoring studies have detected it in the urine samples of 70 to 93 percent of the U.S. population.

“Our findings are particularly alarming for children’s health because their bodies are still developing, which makes them more vulnerable to these toxic chemicals than adults,” said Caroline Cox, CEH’s Research Director. “School children shouldn’t be exposed to Monsanto’s toxic herbicide, and school nutrition providers and parents shouldn’t have to worry about whether school foods are contaminated with a chemical linked to cancer and hormone disruption.”

The report follows the historic jury ruling in August that Monsanto had caused a man’s terminal cancer and ordered it to pay $289 million in damages (A  judge later reduced the award to $78.5 million, citing statutory limits). The decision has paved the way for thousands of other cancer patients and families to seek justice and compensation in court.

CEH’s findings corroborate a growing list of recent studies demonstrating the presence of glyphosate in children’s foods, including preliminary findings by CEH in August, as well as those by Environmental Working Group, Moms Across America, The Detox Project/Food Democracy Now, and the Food and Drug Administration.

“We applaud all of the work that school districts across the country are doing to provide more nutritious meals. The purpose of our report is to alert schools to the problem posed by foods with high levels of glyphosate and assist them in transitioning to healthier alternatives.,” said Sue Chiang, CEH’s Pollution Prevention Director. “Switching to organic cereals in the short-term, and advocating for stronger chemical regulation in the long-term, is beneficial to all eaters, including especially those people who are exposed to the highest levels of pesticides because of their work, such as groundskeepers and farmworkers.”

Transitioning to healthier school breakfasts is further supported by a recent study published in JAMA Internal Medicine that found a significant reduction in cancer risk for individuals who ate more organic foods. While organic foods can be out-of-reach for individuals and institutions alike, the report asserts that access to safe, healthy food isn’t a privilege, but a right. And as institutional purchasers, if schools collectively demand food companies offer healthier alternatives, the price for organic foods would be further driven down.

It wasn’t until 2016 that the FDA started some limited testing for glyphosate residues in food, and after keeping this data secret for more than a year, it finally made the results public last month. The FDA found glyphosate in about two-thirds of corn and soybean samples but did not test any oats or wheat. Glyphosate can be applied to oats and wheat just before harvest resulting in higher levels of contamination.

“Protecting children’s health from pesticides is essential, and cancer-causing chemicals do not belong in children’s meals, whether served at home, at school, or any other child care center,” concluded Cox. “Parents and schools can’t count on the government to provide them with the right to know what toxic chemicals are in the foods their kids are eating or to properly regulate these chemicals. We plan to help schools find ways to serve healthier alternatives.”

CEH’s report recommends that schools request more organic options from suppliers at affordable costs, offers resources for putting pressure on elected officials and agency regulators to better protect children’s health from harmful EDCs, and suggests that schools serving a breakfast product that has not been tested yet to contact CEH about submitting a sample to assess for glyphosate residues.