Categorized as
16416
Tagged as
pesticidesStudy
Related

Pesticides are widely used chemicals that are impossible for most of us to avoid. Many people are aware that they impact weeds, insects, and fungi – as they are designed to do. But it is widely believed that they are harmless to humans at the low doses that they are exposed to through their diet. 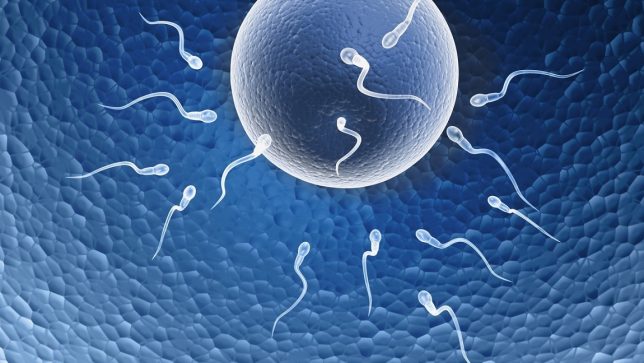 However, a study published last year[1] in the Journal of the American Medical Association (JAMA) suggests that pesticide residues in food may account for a large proportion of the roughly 100,000 unsuccessful pregnancy attempts in fertility clinics across North America.

The JAMA study, conducted by researchers based at the Chan School of Public Health and other institutions in Boston, Massachusetts, followed women receiving fertility treatments at the Massachusetts General Hospital Fertility Center in Boston. At the time that the women enrolled in the fertility clinic, the researchers asked them to recall their dietary consumption of a number of foods – including commonly consumed fruits and vegetables such as apples, pears, spinach, and potatoes.

The typical content of pesticides for the patients’ foods was derived from annual reports from the US Department of Agriculture Pesticide Data Program.[2] Foods were classified as high or low-pesticide residue. The patients in the study underwent stimulation to produce eggs for in vitro fertilization. The researchers then focused on the outcomes that define a successful pregnancy: implantation of eggs, a positive ultrasound, and a live birth.

The study involved 325 women, some of whom had more than one cycle of assisted reproductive treatment. A total of 42% of the cycles resulted in a live birth. Total fruit and vegetable intake was not related to outcomes. However, the intake of fruits and vegetables that scored high for pesticide residues was correlated with a lower chance of having a live birth.

A striking aspect of the study is that the subjects were not agricultural workers, suggesting that food intake does matter and occupational exposure is not the only concern.

The study has some limitations. One is that it does not directly measure but only estimates pesticide consumption, based on the average levels of residues found in those foods recorded in the US Department of Agriculture (USDA) Pesticide Data Program database. However, the authors address this limitation by stating that in a previous study,[3] they were able to show that this method gives a good correlation with urinary levels of pesticides, thus providing a reliable measure of body pesticide burden. Future studies could add to our knowledge by measuring pesticide residues in the foods eaten and correlate these with urinary levels in the women.

Another limitation is that the study does not identify specific pesticides in the women’s diets, though the USDA database used does break down the pesticide residue measurements in different foods by individual pesticide types. This omission means that the study is not useful to scientists, farmers, and regulators who wish to prioritize restricting certain pesticides before others. However, the message to women who want to conceive is clear: they should minimize their exposure to all pesticides.

Other studies have also found adverse impacts from pesticides on pregnancy and its outcomes:

The relevance of the JAMA study to GM crops is that GM herbicide-tolerant crops are grown with large amounts of herbicides. However, the USDA database used in the study

The USDA database does measure residues of two other herbicides that are increasingly being used with GM herbicide-tolerant crops, dicamba and 2,4-D. However, these herbicides are not used on crops for which a high proportion is made up of GM varieties.

The best studied pesticide linked with GM crops is glyphosate. According to a peer-reviewed article published in 2016, global agricultural use of glyphosate increased following the adoption of glyphosate-tolerant GM crops in 1996.[8]

Another study found that GM glyphosate-tolerant soybeans contained high levels of residues of glyphosate and its toxic metabolite, AMPA (average of 3.3 and 5.7 mg/kg, respectively), while industrially grown non-GM soybeans and organic soybeans contained neither chemical.[9]Monsanto, the main developer of GM glyphosate-tolerant soybeans, previously called these levels “extreme”.[10] It now appears that “extreme” levels have become the norm.

GM soybeans grown in Argentina were found to have much higher levels of glyphosate, up to nearly 100 mg/kg. In seven out of eleven samples the level was higher than the international maximum residue level of 20 mg/kg allowed for soybean products used in human food and animal feed.[11]

Because of the widescale use of glyphosate on GM and other cropping systems, it is not surprising that surveys have found that the vast majority of people in the USA have readily detectable levels of glyphosate in their urine.[12] These findings should be of concern to women wishing to conceive because high glyphosate levels in urine have been correlated in a study to shortened pregnancy lengths.[13]

The stunning implication of the new study published in JAMA is that most infertile couples doing IVF would succeed in conceiving if they ate organic – or even “less poisonous”. This is proof that the food that we eat is not properly regulated.