Categorized as
9332
Tagged as
Study
Related

A ground breaking new study from Australian experts has shown that so-called “Bt proteins”, produced by some GM crops, may not be as safe as previously assumed. 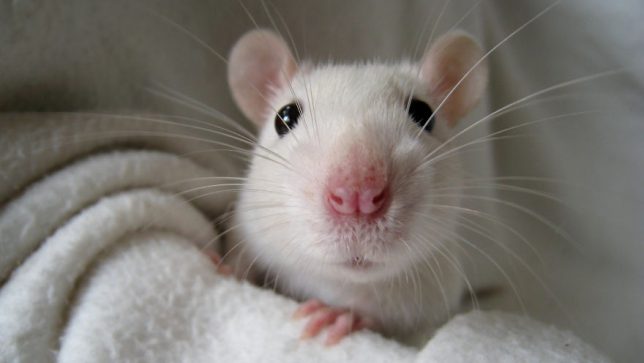 Any two cells that line the stomach are normally held tightly against each other to form a “tight junction”. This stops any bacteria, viruses or food particles from leaking out from the stomach into the tissues of the body. The study found that the rats fed the GM corn had gaps in their tight junctions. This is called “poor apposition”. On average, this was five times greater in rats fed the GM corn diet. Poor apposition should not occur in normal, healthy stomachs. Yet every stomach section seen in rats fed the GM diet had these gaps between a number of cells.

Dr. Judy Carman, one of the lead scientists involved in the study, said: “This means that there is a risk that eating GM maize could cause leakage of substances from the stomach and therefore increase the risk of developing allergies, or infections from the microbes in the food you eat or the water you drink.”

In addition, the lining of the stomach has microscopic pits in it. Cells in the pits produce mucus to protect the stomach from stomach acid. The bottom of each pit divides into two long, straight glands. These glands produce stomach acid to help digest food. While the researchers saw some dilated (i.e. swollen) glands in rats fed the GM diet and those fed the non-GM diet, the rats fed the non-GM diet had smaller swellings and the cells lining the glands looked normal. In contrast, the glands in the GM-fed group were much more swollen, they often contained debris or mucus, and the cells lining the glands were often abnormal. For example, some cells were stretched or longer than they should have been. More than six times as many rats had glands that were both swollen and lined with elongated cells in the GM-fed group. While every rat on the GM diet showed at least one gland that looked like that, none of the rats fed the non-GM diet showed this pathology.

In addition, some cells in the glands of GM-fed rats showed signs of dysplasia. This is a condition where cells are abnormal. It may progress to cancer. Many tests that screen for cancer, actually screen for dysplasia (e.g. a Pap smear for cervical cancer). In these GM-fed rats, dysplasia took the form of finding cells in a location where they would not normally occur. This kind of change often happens after injury or a drastic change in the stomach environment. Often, once such a  trigger is removed, these abnormal cells can disappear. However, sometimes the damage is too severe for the tissue to recover and it can further develop into something more serious, such as cancer.

Meanwhile other cells, lying mostly at the base of the pits in the stomach, showed a statistically significant 21% reduction in the number of dividing cells in rats fed the GM diet compared to those fed the non-GM diet.

Joining together all the adverse findings into one score, the researchers found that the rats on the GM diet had a severity score that was 33% higher than rats on the non-GM diet.

The research was conducted by collaborating investigators from two Universities and a research institute and published in the peer-reviewed journal, Food and Nutrition Sciences. The feeding study lasted six months.

Dr. Carman’s Quotes on the Study:

“The changes we saw in the stomachs of the rats are closest to those seen with chemical gastropathy (also called reactive gastritis), caused by chemical irritants, such as aspirin, damaging the lining of the stomach.” “We need to investigate if people are getting digestive problems from eating GM crops.”

“Previous assumptions about the safety of Bt proteins produced by GM crops may not be correct.”

“Most food regulators in the world do not require a safety assessment for the possible toxic effects of GM crops that have been “stacked” with several GM genes. Such regulators simply assume that they can’t cause bad health effects. We have now done two linked studies that show that such stacked crops can damage the stomach. Food regulators should require thorough safety assessments of these crops.”

Rats were fed a diet containing either GM corn (maize) or non-GM corn for almost 6 months. The GM corn variety is commonly-grown and contains three GM genes. The GM corn therefore produced three novel proteins. One protein made the plant resistant to a herbicide, while two other proteins were insecticides, being so-called “Cry” or “Bt” proteins.

At the end of the experiment, the rats were killed and samples of the stomach were taken and observed under regular and specialist microscopes. This is the best way of seeing any changes to the structure of the stomach.

The study followed OECD guidelines and was done by researchers at Adelaide University, Flinders University and the Institute of Health and Environmental Research, all based in South Australia.

This study is a follow-up to two previous studies published in peer-reviewed scientific journals. One was a feeding study comparing the health of pigs fed a GM diet to pigs fed a comparable non-GM diet. The GM diet contained GM corn (maize) with the same three common genetic modifications. The researchers found an increase in severe stomach inflammation in pigs on the GM diet that was more than twice as high for female pigs and four times as high for male pigs.

They also previously published a review of published studies looking at the digestive tract of rats under a microscope, where rats were fed a GM diet for 90 days or longer, and where the GM material contained one or more of those three genes. The researchers could not find a single study that was properly conducted or reported.