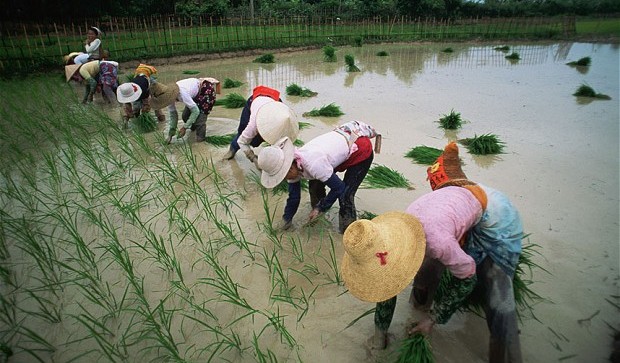 Testbiotech, a non-profit organization founded as an Institute for the Independent Impact Assessment of Biotechnology in 2008 in Munich, Germany concluded that the “application does not show substantial benefits. Furthermore, the risk assessment as performed by FZANZ is not sufficient to demonstrate safety of food derived from GR2 (Golden Rice 2).” Aside from expounding on the questions of nutritional viability and genetic stability of Golden Rice, Testbiotech also criticized lack of toxicological studies, exclaiming that “…it is self evident that food products with no history of safe use must be subjected to the highest standards of risk assessment before the most vunerable groups of the population are exposed to it…”

Civil society groups in Australia and New Zealand also challenged the soundness of the FSANZ decision and appealed to review its approval. In an open letter, MADGE, GeneEthics and Food Sovereignty Alliance asked the Minister of Food Regulation forum to review the FSANZ approval of Golden Rice. It stated that “FSANZ is failing its legislated objective to uphold public health and safety, to provide adequate information to consumers and to prevent misleading and deceptive conduct”. It also pointed out that FSANZ has not carried out an actual safety evaluation and its safety assumption is based on data provided by IRRI and corporate proponents, and ignores crucial scientific data on the perils of GMOs to human health.

Launched in 2000, Golden Rice (GR) is a genetically engineered rice with the capability to produce beta-carotene, the precursor of Vitamin A and touted to address malnutrition and Vitamin A Deficiency (VAD). Millions of dollars have been poured into its research and development by Syngenta (now ChemChina) and the Rockefeller Foundation, who are major IRRI financers. The Bill and Melinda Gates Foundation also gave $10M to IRRI to develop Golden Rice in Bangladesh and the Philippines in 2011.

The Bangladeshi and Philippine governments have both announced their favorable stance on GMO Golden Rice commercialization despite public opposition, a lack of conclusive safety studies, safeguards or an accountability mechanism. In a recent article, Donald J MacKenzie of IRRI applauded the approval by the Bangladeshi government for Golden Rice’s commercial release in 2018 following the approval by FSANZ. MacKenzie also stated that a review is underway by the U.S. Food and Drug Administration (FDA).

In the Philippines, farmers and women’s groups are closely monitoring IRRI’s application to FSANZ, Health Canada and the U.S. FDA. Unfortunately, a policy loophole in the country indicates that once circulated in foreign states and approved by international regulatory bodies – the application for use will be approved despite national opposition.

Since its inception, Golden Rice has been marred by conflict and controversy. Civil society groups in Asia and anti-GMO groups have been wary of Golden Rice, as rice is not just the staple food for one third of the world’s population, it is also a ‘political’ crop.

MASIPAG, a farmer-scientist network in the Philippines has long emphasized the detrimental impact of Golden Rice and submitted public comments and petitions to IRRI and FSANZ. It stated last year that “the looming Golden Rice commercialization anchored to a neoliberal market will flood the region with a massive and unregulated trade of GM rice. This spells doom for our country where the quantitative restriction on rice imports will soon be lifted. Golden rice is a grim reaper for our local rice sector as traditional rice varieties will be vulnerable to GMO contamination. MASIPAG recently issued a statement calling on FSANZ to revoke its approval.

Testbiotech pointed out that some studies have shown the unintended effects of Golden Rice which “shows genetic instability if it is crossed with other varieties; these were not discussed by FSANZ even though they are also relevant to food safety”.

The network from 30 Asian countries reconvened as the Stop Golden Rice! Network (SGRN) in 2017 to voice opposition to the renewed application for field testing in the Philippines and the impending commercial release in Bangladesh. It warns that the FSANZ approval will serve as a precursor to the release of GM rice in Asia and encourage the promotion of bio fortified GM crops. This January, the U.S. FDA officially approved GMO Huahui rice from China, stirring alarm as most Chinese people are wary of the health and ecological risks from GMO commercialization.

Virgie Nazareno, an organic farmer community leader and the South East Asia Secretary General of the Intercontinental Network of Organic Farmers Organization (INOFO) echoes the strong condemnation; “FSANZ approval reveals its bias to corporate powers and a lack of genuine regulation. Malnutrition is scouring the rural poor precisely because of the greed and twisted thinking and technology of the corporations behind GMOs. There is a deficiency of justice not only Vitamin A. Land, farmers and food systems must be liberated from the control of corporate greed, GMOs and toxic products to combat malnutrition, hunger and poverty”. She reiterated that Golden Rice is unnecessary. Instead, farmers right to land, seed freedom and practices of sustainable and ecological agriculture must be supported to ensure safe, nutritious food and a thriving healthy eco-system for all.