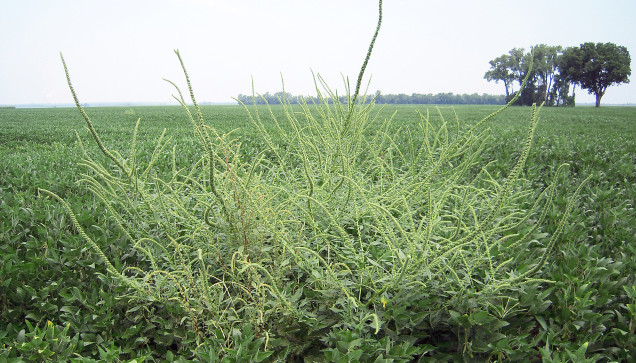 2,000 waterhemp or palmer amaranth weed samples were received by the University of Illinois Plant Clinic from 10 states across the Midwest, amazingly 456 of the whole field sites showed Glyphosate Resistance – a total of 76.8% of the 593 sites.

In Illinois, where the majority of samples were from, samples from 52 counties had at least one sampled field that had waterhemp or palmer amaranth plants that tested resistant to both glyphosate and PPO inhibitors.

Until the 2016 season, palmer amaranth in Illinois was not known to be resistant to PPO inhibitors.  However, several samples from southwestern Illinois were confirmed to be PPO inhibitor resistant (3 from Madison, and 1 from St. Clair counties) in the testing.

The University of Illinois Plant Clinic report has allegedly led many Midwest farmers to question the glyphosate resistant (Roundup Ready) GMO crops that have been pushed on them over the last 20 years by Biotech giants such as Monsanto.

Bill Giles, a farmer from Illinois, who has been growing GM crops since 2009, told Sustainable Pulse that many farmers in his local region are thinking of turning back to non-GMO crops to survive the superweed crisis.

Giles stated; “GM crops are on the edge of failure in the U.S. as farmers are asked to fork out more and more money on herbicides to try to control the superweeds. We simply can’t afford it! It is near the end of the road for these crops and many of my  friends in the Midwest are on the edge of turning back to conventional farming methods.”