Applegate, the leading natural and organic meat brand in the U.S., announced Wednesday its commitment to remove genetically modified organisms (GMOs) from its entire supply chain – from animal feed to finished product – and gain third-party certification. 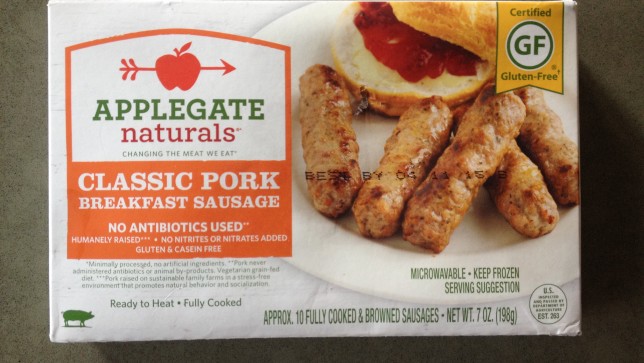 In June 2015, the company successfully removed GMO ingredients from all products, however, today’s move goes further down the supply chain to animal feed and includes third-party verification. The announcement is a monumental undertaking as the vast majority of animal feed crops in the United States, corn (88 percent) and soy (94 percent), are genetically modified, according to experts.

“It’s very significant that today Applegate is promising to go even further on our quest for transparency and traceability in removing GMOs from our entire supply chain, including the most problematic part – animal feed,” said Steve Lykken, Applegate president. “Exactly a year ago today, Applegate became a stand-alone subsidiary of Hormel Foods with the promise that we would continue to lead in changing the meat we eat, and that’s exactly what we’re doing.”

“The Applegate brand was built on a foundation of trust with consumers,” Lykken said. “By pursuing third-party certification on GMO avoidance for all of our products, we’re adding another layer of credibility and providing consumers the information they need to confidently make the best choices for themselves and their families.”

About Applegate
For more than 30 years, Applegate has been producing high-quality natural and organic hot dogs, bacon, sausages, deli meats, cheese and frozen products.  Natural can mean many things, but when Applegate says their products are natural, consumers are guaranteed that they are made without GMO ingredients and the meat inside is:

Applegate became a stand-alone subsidiary of Hormel Foods in July 2015. For more information about Applegate products, visit www.applegate.com or on www.facebook.com/applegate or twitter.com/Applegate.