The African Centre for Biodiversity (ACB), in a new report published Monday titled, “For your own good!” The chicanery behind GM non-commercial ‘orphan crops’ and rice for Africa shows that the GM industry is expanding its grasp to African traditional crops such as cassava, sorghum, sweet potato, pigeon pea, cowpea, banana as well as rice under the guise of philanthropy. 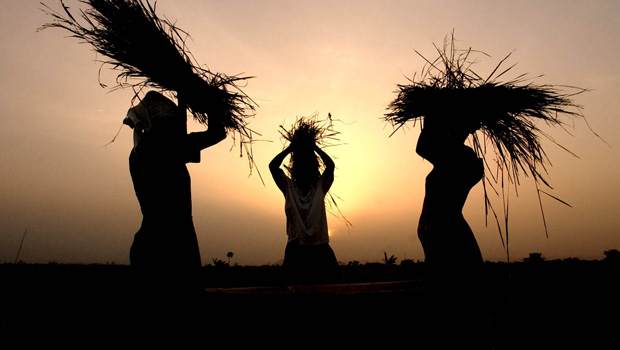 The report reveals that a great deal of research and development is currently underway into the genetic modification (GM) of these crops, with most of the on-going trials being focused on drought and salt tolerance, nitrogen use efficiency, resistance to tropical pests and diseases and nutritional enhancement (biofortification). The key countries that have been targeted include, Burkina Faso, Egypt, Ghana, Nigeria, Kenya, Uganda and Malawi.

The genesis of GM research in these crops can be found in royalty-free donations of various patented GM traits, by several multi-national companies (MNCs) including Monsanto, Dupont and Pioneer Hi-bred, to experimental programmes undertaken by African scientists employed by government ministries.

According to Mariam Mayet, Director of the ACB, “This indicates that the GM industry, under the veil of technology donations and public financing, is effectively managing to make further inroads into imposing GM on the African continent. By focusing the research on traits meant to ‘benefit’ farmers and malnourished populations, through inter alia, biofortification, the industry is intent on giving a humanitarian face to the real involvement, vested interests and expanding influence of these MNCs in African agriculture”.

The main players involved include the African Agriculture Technology Foundation (AATF)—which is on the receiving end of many of the technological property rights donations—the Agricultural Biotechnology Support Program (ABSP) and the Program for Biosafety Systems (PBS). The Bill & Melinda Gates Foundation (BMGF) and USAID fund the latter organisations.

USA-based research institutions such as the Donald Danforth Plant Science Center (DDPSC) (for cassava)1 and universities (notably the Michigan State University and the Kansas State University) play a major role in this ‘philanthropic’ research.

The report further points to a dearth of literature that critically addresses biosafety and the socio economic aspects relevant especially to the biofortification of indigenous crops through GM, which it says is both striking and worrying. The present focus on biofortification through GM is especially remarkable given the need to move from an over-emphasis on food fortification strategies, including biofortification, toward a permanent solution, i.e. diet diversification through locally available foods, which was recognised as early as 1992 by the UN International Conference on Nutrition.

Crucially, according to the ACB report, as is the case with the highly controversial Golden Rice research and development project (which has devoured an unconscionable quantity of available resources) these GM projects are diverting both financial and human resources, policies and practices, away from implementing the real solutions which can be found within the diversity of natural foods and farming. The report recalls also, spectacular failure of the Monsanto’s GM sweet potato research in Kenya in 2003.

Zakiyya Ismail, Consumer Campaigner with the ACB points out that “the real solutions to address vitamin and mineral deficiencies can be found in ecological farming systems, and traditional kitchen and home gardens, which can better contribute to healthy and diverse diets and empower people to access and produce their own healthy and varied food.“

Smallholder farmers in Africa must be given the right to choose their means of production and survival. GM based technology is costly. Even if gene sequences and constructs are donated, the accompanying requisite GM inputs will be expensive for farmers. GM crops are highly likely to increase the costs of production for farmers and lead them into indebtedness and dependency. It is also highly likely that GM varieties will be subject to plant breeders’ rights, and that GM certified seed will be sold to farmers by local seed companies who will expect a profit or royalty payments from farmers. This scenario becomes even more shocking when applied to traditional crops, which are the common heritage of African farmers and often the last defense against hunger in poor communities.

According to Mayet, “There is no such thing as a free lunch for African farmers. And to add insult to injury, these farmers will be precluded from reusing any farm-saved propagating material. In this way, they will be expected to give away their age old farmers’ rights to freely reuse, exchange and sell seed and propagating materials in their farming and seed systems.”