Categorized as
14815
Tagged as
courtevidencefarmersGMhealthKenyaproducts
Related

The Kenya Small Scale Farmers Forum has moved to court in a bid to stop the Kenyan government from lifting the  ban on genetically modified organisms (GMOs). 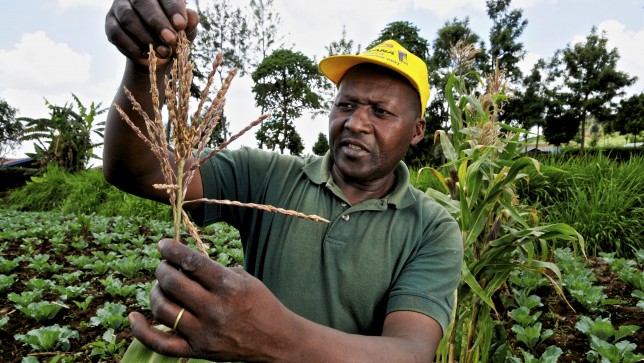 In a petition filed Thursday against the Kenyan government, the group that represents small scale farmers, argues that the impending lifting of the ban without public participation will undermine indigenous crops.

The Kenya Small Scale Farmers Forum, argues that lifting the ban will adversely undermine their rights and the public rights to health, safety and economic interest.

The group further argues that the public has not been well educated on the risks posed by GMOs to enable informed decisions.

Some Kenyan scientists backed by the Biotech industry have been pushing for the lifting of the ban on genetically modified foods to help the country fight hunger. They claim studies and empirical evidence have shown that the products are safe.

Two months ago Deputy President William Ruto said consultations over GMOs had been concluded and that the Cabinet was expected to discuss the issue before allowing GMOs in the country.

Activists opposing the introduction of genetically modified foods on Thursday held a demonstration in Nairobi.

The activists, including some scientists, faulted the move for supporting the lifting of the ban on genetically modified (GM) organisms in Kenya.