Categorized as
8389
Tagged as
Although BtBt GossypiumcottoncropfarmersLiam DolanOxford University
Related

Experts from Oxford University in the UK have released a study in the Nature journal stating that there are no increased profits for Indian farmers who grow Bt cotton in non-irrigated areas. 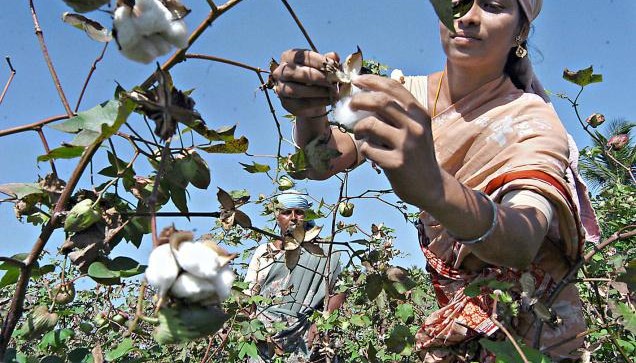 Nature published the study online on June 1. It is also noted that non-irrigated rain-fed is the predominant condition of Indian agriculture.

Carla Romeu-Dalmau, Liam Dolan and their colleagues at Oxford University, compared the economic impact of growing native Asiatic cotton (Gossypium arboreum L.) with that of growing American Bt (GM) cotton (Bt Gossypium hirsutum), which has been engineered to contain bacterial genes that make the crop resistant to insect pests.

They found that farmers in the Indian state of Maharashtra spent more money to produce Bt cotton than native cotton, even though Bt cotton generates higher yields.

The authors also looked at farming Bt cotton under different conditions, and found that the GM cotton grown under rain-fed conditions has similar economic benefits to the same cotton grown using irrigation. Although Bt cotton gives higher yields with irrigation than without, growing it under these conditions costs more and eats into profits.

Farmers should bear in mind a range of factors, including expenses and water availability, when choosing which crop to plant, the authors suggested.