For the third year in a row, shareholders at Abbott Laboratories’ annual meeting on April 24 will vote on a proposal to disclose which nutritional products, including Similac Infant Formula, contain genetically modified organisms (GMOs), and what actions the company is taking to reduce or eliminate those ingredients. The shareholder resolution was filed by environmental health advocacy organization As You Sow. 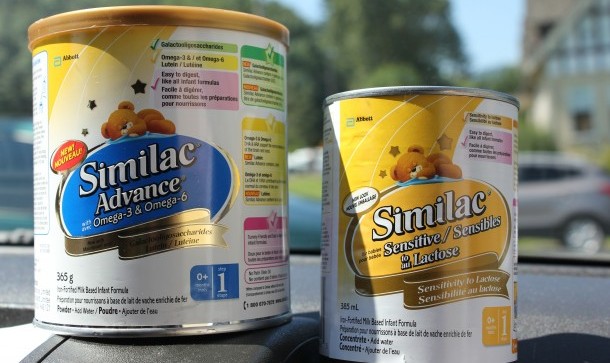 In January  testing commissioned by Moms Across America found that the world’s number one herbicide, glyphosate, was found in Abbott’s PediaSure Enteral Nutritional Drink, which is widely used by hospitals in the U.S. for children who are in need of nutrition in intensive care. Glyphosate herbicides are used much more on GM crops than on conventional crops.

“Abbott has serious transparency issues around the ingredients it sources,” said Andrew Behar, CEO of As You Sow. “The vast majority of GMOs are engineered to sell more pesticides, and pesticide overuse is causing major environmental problems. Consumers associate Abbott brands with environmental problems, and this is a material risk to investors.”

As You Sow published a memo in support of the resolution, noting that 93% of Americans favor GMO labeling and 64 countries label or ban GMOs, including the European Union. Vermont passed a GMO labeling law in 2014 taking effect in 2016, and counties inHawaii and Oregon banned the cultivation of GMO crops.

“In an age where a viral social media post can substantially impact a business’ bottom line, smart companies are decreasing their reputational risk by taking steps to avoid contributing to social or environmental problems,” said Austin Wilson, Environmental Health Program Manager at As You Sow. “This proposal calls for transparency about Abbot’s risk exposure, and asks what they’re doing to address it.”

Responding to market preferences, many major brands have removed GMOs from their products, including Original Cheerios, Grape Nuts, Kashi, Ben & Jerry’s, Chipotle, Smart Balance, and Hershey’s Kisses. Whole Foods Market will label all food in its stores for GMOs by 2018.

The vast majority of GMOs in the US are designed to survive toxic herbicides or contain embedded insecticide. The use of these crops led to a 527 million pound increase in herbicide use in the US between 1996 and 2011, which has contributed to an epidemic of herbicide-resistant weeds, and increased herbicide found on produce. Research has implicated GMOs in the rise of insecticide-resistance pests and demonstrated the socio-economic impacts of GMO contamination.

“Companies cannot ignore GMOs in their products,” added Behar. “American farmland is suffering from pesticide inundation – it’s an issue that’s not going away.”