The Brazilian Technical Commission on Biosafety (CTNBio) formally approved Thursday an industry request to release genetically engineered (GE) eucalyptus trees.  The application was made by FuturaGene, a company owned by Brazilian pulp and paper company Suzano. This is the first approval for commercial release of GE trees in Brazil or Latin America. Organizations in Brazil are exploring legal avenues to stop the commercial release of GE eucalyptus trees, pointing out that this decision violates national law. 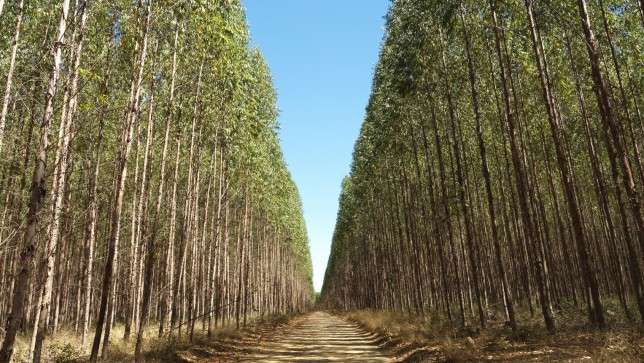 An email from CTNBio member Paulo Paes de Andrade to the Campaign to STOP GE Trees dated 8 April, stated that the decision to approve GE eucalyptus was already made, indicating that Thursday’s meeting was merely a technicality where FuturaGene’s request would be rubber stamped.

World Rainforest Movement’s International Coordinator Winnie Overbeek stated, “CTNBio’s approval of GE eucalyptus trees was no surprise. Over the years, CTNBio has made many decisions in favor of releasing GMO crops in Brazil, ignoring – as also happened in this case – protests and valid concerns from a wide range of groups of society. They also ignored protest letters signed by more than 100,000 people.”

He continued, “The Commission systematically disregards the precautionary principle, including the urgent need for detailed studies of the various impacts of this dangerous technology, even though this violates the 2008 decision on GE trees made by the UN Convention on Biological Diversity (UN CBD), to which Brazil is a signatory.”

In his email, Paulo Paes de Andrade of CTNBio discounted the decision of the UN CBD, which he incorrectly referred to as the Cartagena Protocol, stated, “Trans-boundary movement of transgenic eucalyptus plantlets or seeds is highly improbable and accidental seed propagation elsewhere is even more improbable…Therefore the release of this GM tree is solely a Brazilian question and no other country or group of countries has the right to interfere in our decision.”

Geneticist Dr. Ricarda Steinbrecher, co-Director of EcoNexus and member of the Federation of German Scientists countered by explaining, “Regulation of GE trees at a national level will not be sufficient. The large-scale dispersion of reproductive material means GE trees are likely to cross national borders, and even continents given the extent of human activity, trade and travel,” adding, “A review of the scientific literature shows that currently there is insufficient data and understanding for meaningful risk assessments of GE trees. Both scientific literature and in-field experience show that contamination by and dispersal of GE trees will inevitably take place. The CBD decision was taken in the understanding of the risk to global forest ecosystems – and this is an international matter, both scientifically and judicially.”econexus.info/taxonomy/term/11

In Brazil, there are also major concerns about the impact of GE eucalyptus trees on the thousands of families that produce honey in the regions where eucalyptus are planted. These families risk losing the international markets for their honey if it is contaminated by GE eucalyptus pollen.

On Wednesday, the Brazilian Forum to Combat Agrotoxins, coordinated by the Public Prosecution Service and with participation of relevant groups and civil society, government and academia, warned that CTNBio has repeatedly violated the National Brazilian Policy of Biosafety.

In spite of the approval, the coalition of groups organizing to stop GE eucalyptus, are highlighting the many worldwide actions that have taken place against legalizing GE eucalyptus. In Brazil, organizations and activists mobilized to denounce the release during a public hearing on FuturaGene’s request last September in Brasilia.

More recently, on 5 March 2015, about 1,000 women from several rural and urban social movements occupied the operations of FuturaGene in Brazil’s São Paulo state. At the same time, 300 peasants organized by La Via Campesina occupied and shut down the meeting of CTNBio in the country´s capital, where the decision on FuturaGene’s GE eucalyptus was supposed to be made. Outside Brazil, global weeks of action were organized at Brazilian Embassies and Consulates on five continents against the release of the GE eucalyptus of FuturaGene.

“Our challenge now is to continue to strengthen the movement against GE trees, in solidarity with Brazilian organizations and social movements, and also worldwide,” stated Anne Petermann, Coordinator of the International Campaign to STOP GE Trees. She added, “During the occupation of the FuturaGene operations on 5 March, A woman from the Brazilian MST pointed out ‘… this model of agribusiness is the model of death, not of life,’ and ‘… we are here to defend a model of life, defend food sovereignty, and defend agrarian land reform.”

As Brazilians say: “A Luta Continua! – The struggle continues!”

The Campaign to STOP GE Trees is an international alliance of organizations mobilized to protect forests and biodiversity and to support communities threatened by the dangerous release of genetically engineered trees into the environment. Global Justice Ecology Project coordinates the Campaign.