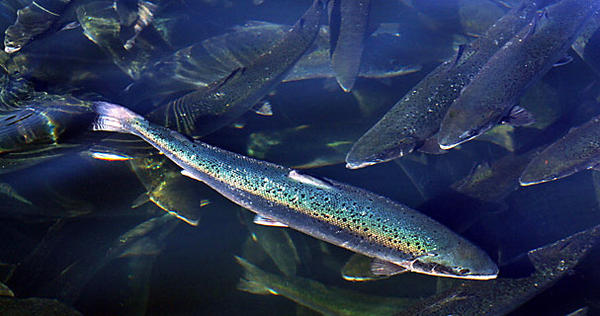 “The fear is that genes in the GM feed that code for antibiotic resistance may be taken up by various bacteria in the soil in the country where the GMO is produced, in the feed production chain, or in the gut of the fish. Scientists know little about to what extent, or if, this happens with genes that are inserted via genetic modification, but few would deny that it could happen. If the genes first have entered into a bacterium [during the genetic engineering process], they may quickly spread further.”

This is an important signal from the Norwegian Food Safety Authority. The Norwegian authorities have repeatedly expressed concern about antibiotic-resistant infections, which are increasing in the country. The Norwegian press article also cites consumer resistance to fish raised on GM feed as a reason the market is moving away from it.

However, the Norwegian Biotechnology Advisory Board has apparently not mentioned the possibility that bacteria in the guts of humans and livestock animals could also take up antibiotic resistance genes from GMOs. And in a move towards GMO liberalisation, in October this year, the Norwegian government allowed GM maize to be imported into the country for food and feed.

A google translation of the Norwegian press article on the antibiotic marker genes in fish feed is available here.