On Tuesday 11 November, the European Parliament will vote on a new law on national bans of genetically modified (GM) crops. The Parliament’s environment committee will amend the position agreed last June by environment ministers [1], which, according to Greenpeace, was riddled with legal holes and went against the Parliament’s earlier vote [2]. 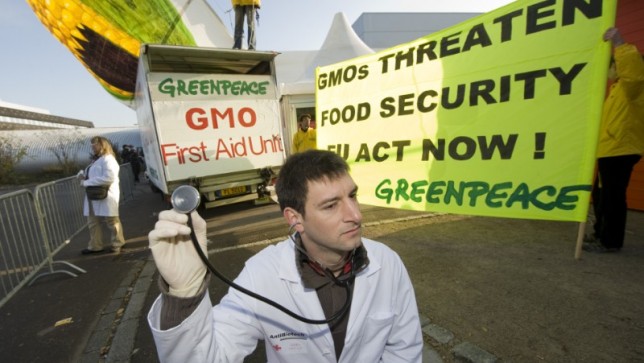 Greenpeace expects members of the European Parliament to substantially improve this law. Specifically, the Parliament is expected to reinstate the countries’ right to use environmental concerns as one of the reasons for banning GM crop cultivation, and to limit the central role that the EU ministers wanted to offer to biotech companies in the banning process.

Greenpeace EU agriculture policy director Marco Contiero said: “The new Parliament has a unique chance to demonstrate that it listens to the will of EU citizens. We urge Parliamentarians to radically strengthen the draft law so that it delivers on what it promises: a legally solid right to ban GM crops. Such national bans should be able to withstand legal attacks by the biotech industry.”

Background information on the European Parliament and Council positions

The text adopted by the Council in June 2014 largely ignores the vote by the European Parliament in 2011. The Council text creates a system which restricts countries’ right to ban GM cultivation in their territory, in particular by:

1. preventing member states from using environmental concerns related to their national territory as a reason to ban GM cultivation;

2. obliging member states willing to ban GM to first attempt to strike a deal with biotech companies, trying to convince them to exclude the territory of that member state from the scope of the GM crop’s authorisation request;

3. setting a two-year deadline (from the date of the authorisation granted to a GM crop) after which a member state would not be allowed to ban the cultivation of a GM crop anymore;

4. allowing member states to only ban one GM crop at a time, instead of all GMOs or groups of GMOs defined by crop or trait, as foreseen by both the Commission and the Parliament.

Greenpeace expects the Parliament to divert from the Council text by:

2. changing the legal basis of the proposed legislation from the article that relates to the internal market (Art. 114 TFEU) to the article on the environment (Art. 192 TFEU);

3. reconfirming the European Commission approach to give countries the right to ban all GMOs or groups of GMOs defined by crop or trait;

4. removing the formal role given by the Council to biotech companies in the banning process;

5. requiring member states to protect organic and conventional farmers from GM contamination through ‘co-existence’ measures, and to introduce a liability regime for cases of GM contamination.