Testbiotech has published a global overview of countries where there has been an uncontrolled spread of GM oilseed rape (canola). The countries include Canada, the US, Japan, Australia and Europe. 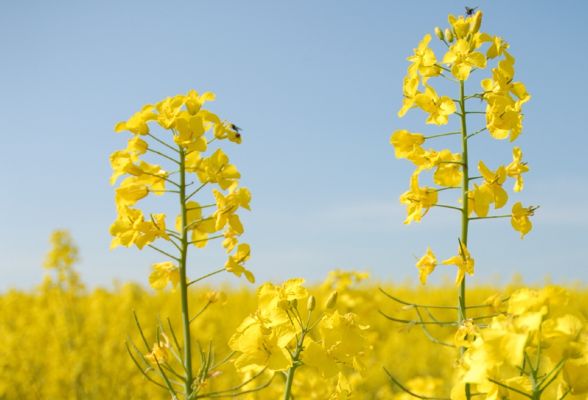 In many cases the plants have escaped far beyond the fields into the environment. In some cases, the transgenes have moved into populations of wild relatives. Furthermore, new combinations of DNA constructs have been found which were never approved for release into the environment. The overview has been published to coincide with the international conference (ABIC) in Calgary, where agro-biotech industry representatives are gathering.

“Canada grows genetically engineered oilseed rape on a large scale. For about ten years it has been known that these plants are spreading uncontrolled into the environment. But so far no measures have been taken to stop them“, Christoph Then says for Testbiotech. “What we are observing is a lack of accepting responsibility especially on the part of industry.”

The consequences of allowing genetically engineered plants to spread with no spatio-temporal control can not be predicted. Reliable risk assessment on an evolutionary scale is not feasible. For example climate change can cause unexpected interactions between the plants and the environment. Once adverse effects become noticeable it might be too late for taking action. The plants can no longer be removed from the environment.

These difficulties are also evident in the EU. Although there was never any large scale growing of genetically engineered oilseed rape nevertheless contaminations in the harvest are reported repeatedly. This is because of the transgenic oilseed rape produced by Bayer which was authorised for seed production. In this case the EU Commission allowed contaminations with these plants for a period of five years. However, at the end of 2012 this regulation was renewed for another five years because contaminations still are a problem.

The report of Testbiotech calls for political activities to strengthen the precautionary principle. The release of genetically engineered organisms should not be allowed if they cannot be retrieved from the environment anymore.