A new study by scientists in Europe has revealed that Glyphosate (Roundup) is toxic to the normal metabolism of dairy cows. 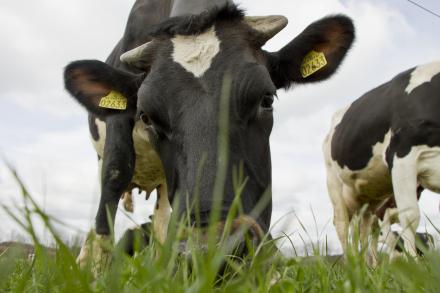 In the new paper titled ‘Field Investigations of Glyphosate in Urine of Danish Dairy Cows’ published in the Journal of Environmental & Analytical Toxicology, researchers led by Dr Monika Krüger reveal that “all cows investigated at the eight Danish dairy farms excreted glyphosate in their urine at significant different amounts between the farms.”

The researchers continue; “We found increased blood serum levels of parameters indicative for cytotoxicity like GLDH, GOT, and CK and the lipid profile marker cholesterol in cows at all farms and high urea levels in half of the farm animals.

“Correlations between glyphosate and some of the measured blood serum parameters to CK (R= 0.135), Se (R=0.188), Co (R= -0,403) and Zn (R=0,175) demonstrate that glyphosate is toxic to the normal metabolism of dairy cows. This study gives the first documentation to which extent Danish dairy cattle are exposed to glyphosate and its impact on different blood parameters.”

Thirty cows (15 fresh calving, 15 high yielding cows) at each of the eight Danish farms were investigated. The age of these animals ranged from 4 to 7 years with an average body weight of 550-600 Kg.

This study follows on from two studies during the last year which have caused shockwaves around the globe regarding the possible dangers of  the glyphosate-based Roundup Weedkiller – the Worlds best selling herbicide.

Firstly, in September 2012, in a study published in “Food and Chemical Toxicology”, researchers led by Professor Gilles-Eric Seralini from CRIIGEN found that rats fed on a diet containing NK603 Roundup tolerant GM maize or given water containing Roundup, at levels permitted in drinking water and GM crops in the US, developed cancers faster and died earlier than rats fed on a standard diet. They suffered breast cancer and severe liver and kidney damage.

Following the Seralini study, the results of tests commissioned by Friends of the Earth Europe showed that people in 18 countries across Europe were found to have traces of the weed killer glyphosate in their urine.

The evidence suggesting that Roundup should be removed from shop shelves worldwide is building and this latest Danish cow study only adds to the pressure on farming organisations and food regulatory bodies to take action.

As the Danish dairy cow study states: “The intensive use of glyphosate has led to its wide-spread contamination of different ecosystems where it influences plants, microorganisms, animals and many components of the food chain.”