Biotech giant Monsanto has officially withdrawn four requests for GMO cultivation in the EU, following its announcement last month that it would no longer try to grow biotech crops in the bloc. 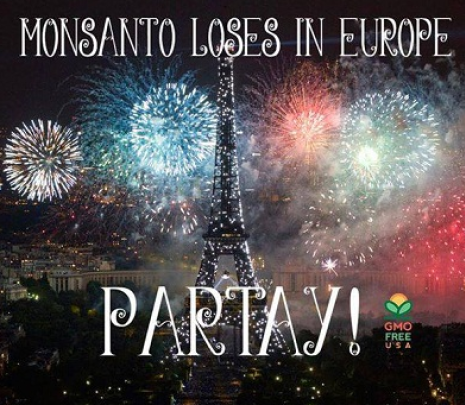 The US-based company, whose GM maize MON810 is the only biotech crop grown for food in the EU, now says it will focus on only conventional seed production and on importing more of its GMOs for food and feed uses.

Last month Monsanto told Reuters that it will withdraw all pending approval requests to grow new types of genetically modified crops in the European Union, due to the lack of commercial prospects for cultivation there.

“We will be withdrawing the approvals in the coming months,” Monsanto’s President and Managing Director for Europe, Jose Manuel Madero, told Reuters by telephone.

Madero said the decision would allow the company to focus on growing its conventional seeds business in Europe, as well as securing EU approvals to import its genetically modified crop varieties widely grown in the United States and South America.

The decision covered five EU approval requests to grow genetically modified maize, plus one soybean and one sugar beet. The company said it would not withdraw its application to renew the approval for its insect-resistant MON810 maize – the only GMO crop currently cultivated commercially in Europe.

A spokesman for the European Commission, which manages the EU’s GMO approval system, confirmed that Monsanto had informed it of its intention to withdraw the applications.

The move reflects the frustration felt by many biotech companies towards the EU’s approval system for GMOs. Decisions routinely face years of delays, and only three varieties have ever been given the green light for cultivation.

While Monsanto’s MON810 maize has been approved for cultivation throughout the EU, several countries including France, Germany and most recently Italy have imposed national bans, driven by strong public opposition to the technology.

Last year, German biotech producer BASF halted the development of genetically modified crops in Europe and moved all of its European GMO research operations to the United States.