A new study shows that contrary to reassurances from industry and regulators, complete genes – including GM genes – can pass from food into human blood. 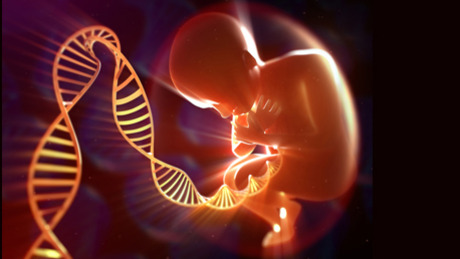 For many years, the public and scientists have been concerned that GM genes might be incorporated into animal products like meat and milk and consumed by humans.

In 2007 the European Food Safety Authority issued a reassuring statement to the effect that “a large number of experimental studies with livestock have shown that recombinant DNA fragments or proteins derived from GM plants have not been detected in tissues, fluids or edible products of farm animals like broilers, cattle, pigs or quails”.
www.food.gov.uk/policy-advice/gm/gmanimal#.UgnoAryE7gP

When reviewing the issue in the same year, EFSA seemed to be preparing the ground to change its advice, noting that “the recombinant [DNA] sequence is present in the GM plant only as a single or low copy number, which makes the potential absorption a rare event and therefore difficult to detect”, and that “when more studies are carried out with more sensitive detection methods, such recombinant DNA fragments may be more frequently found in the future”.
www.food.gov.uk/policy-advice/gm/gmanimal#.UgnoAryE7gP

Thus EFSA could blame its change of mind on better detection methods rather than its own poor knowledge of the science.

This year, in the face of a sizeable and growing number of scientific studies showing that DNA from food, be it GM or non-GM, can and does end up in animal tissues and milk products that people eat, the UK Food Standards Agency updated its advice. The FSA admitted, “It is … possible that DNA fragments derived from GM plant materials may occasionally be detected in animal tissues, in the same way that DNA fragments derived from non-GM plant materials can be detected in these same tissues.”
www.food.gov.uk/policy-advice/gm/gmanimal#.UgnoAryE7gP

Now the FSA and EFSA will have to revise their advice once again, as a new study by Hungarian researchers on human blood serum samples shows that meal-derived DNA fragments which are large enough to carry complete genes can avoid degradation in the digestive tract and through an unknown mechanism enter the human circulation system.

These were not “fragments” of DNA, but stretches of plant DNA that are complete enough to enable the researchers to identify the exact plants that the human subjects ate, such as soy, maize, and oilseed rape. The researchers even found that in one of the blood serum samples the relative concentration of plant DNA was higher than the human DNA.

Interestingly, the highest concentrations of plant DNA were found in people with inflammatory diseases such as inflammatory bowel disease and Kawasaki disease, an autoimmune disease in which the blood vessels become inflamed.

In light of this study, the FSA might especially like to update its earlier, quite inaccurate advice that “Biologically active genes and proteins are common constituents of food and feed, but digestion in both animals and humans is known to rapidly degrade their DNA, and the subsequent uptake of DNA fragments from the intestinal tract into the body is a normal physiological process.”

“Biologically active genes and proteins are common constituents of food and feed. Digestion in both animals and humans degrades the DNA to varying degrees, depending partly on disease status of the consumer. Degradation can be incomplete and fragments large enough to carry complete genes can avoid degradation and enter the human circulatory system.

“A high level of uptake of DNA fragments from the intestinal tract into the circulatory system appears to be correlated with the presence of inflammatory diseases.”

We’ve always said that science would eventually prove the truth of the dictum, “You are what you eat”. Now it is time for regulatory authorities admit it.