Despite the $47 million spent on the No campaign on Prop 37, voting was relatively close. Proposition 37 was able to gain 47 percent of California’s vote, which is a good showing despite the overall loss. On a day when the US and World celebrated a common sense vote on the re-election of Barack Obama, sadly despite over 4 million votes supporting GMO labeling, the majority of the California public showed how easy it is to blindfold them using large amounts of money. 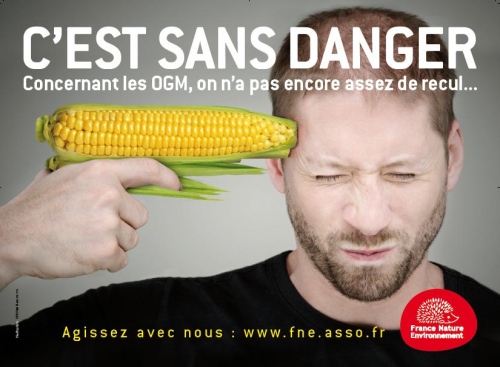 Monsanto, the pesticide and chemical manufacturer, spent almost as much as the entire “Yes on 37″ campaign, with $8.112 million. DuPont was the second highest spender, with $5.4 million with other supporters of the No campaign including Coca-Cola ($1.7 million), Nestle and PEPSICO ($2.4 million).

Kristin Lynch, spokesperson for Food & Water Watch, released a statement on the defeat that said, “in the face of unrelenting deceptive advertising funded by giant chemical and processed food corporations to the tune of nearly $50 million, California’s Proposition 37 calling for a simple label on genetically engineered food narrowly lost with 47 percent of the vote. While support for GE food labels has never been stronger, the incessant drumbeat of misleading and outright false industry advertising was barely able to defeat this popular measure.”

She continued, “Prop 37 may not have passed, but it brought together and galvanized people from across California, the country, and the world who believe deeply that people have the right to know whether their food has been genetically engineered, and this momentum will only grow. We are already organizing in over a dozen states and in the coming year will be ramping up our campaign across the country to let consumers decide and make GE labeling the law.”

“Well, friends, it looks like Monsanto has done it again. Lied, cheated, deceived and hoodwinked enough of the electorate to pull the rug out from under us,” read a post on the Yes on Prop on 37 campaign’s Facebook page. “We’ll need to pick ourselves up and shake the dust off and keep moving forward.”

Sustainable Pulse Director, Henry Rowlands, concluded that “Prop 37 has lost but the long battle to ban GMOs from foodstuffs worldwide continues, despite the failure there is obviously large support for GMO labeling which can be shown by the over 4 million people who supported the Yes campaign at the ballot box.”

To get involved in deleting GMO ingredients from some of the products produced by Coca-Cola, Kelogg’s, Nestle and other large brands please sign our petition.