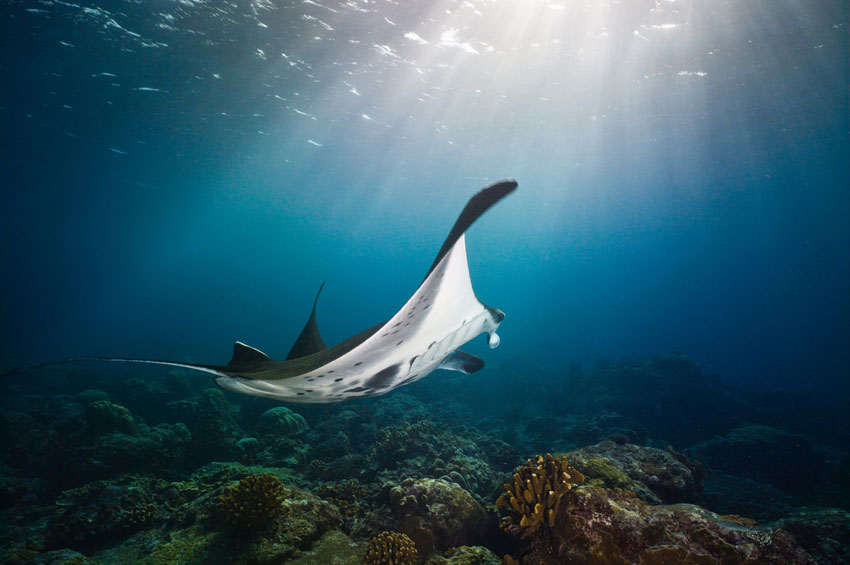 WWF welcomed the new system of marine parks that would now cover more than one third of the Commonwealth waters of Australia – a milestone that WWF has been working towards for more than 15 years. The jewel in the crown of the new network is the Coral Sea marine park that, together with the adjacent Great Barrier Reef Marine Park, will make up the world’s largest marine park.

WWF-Australian CEO Dermot O’Gorman said Australia has the third largest ocean territory in the world that stretches from the tropics to the sub-Antarctic and is home to incredible creatures such as whales, dolphins, turtles and sharks, as well as spectacular corals and other ecosystems.

“By declaring more than one third of its waters as marine parks, Australia has made a major advance in marine conservation that is both nationally and globally significant. Coming on the eve of the Rio+20 Summit on Sustainable Development, this is an inspiring outcome for other countries to follow,” O’Gorman said.

“In recent times the Australian Government has made it clear that it aspires to be a global leader in marine conservation. Today’s decision helps meet this aspiration and WWF looks forward to hearing how Australia will assist other countries in our region to better manage their marine resources at the Rio +20 summit.

“In places like the Coral Triangle and the Pacific, oceans support an incredible diversity of life and provide food security for millions of people,” O’Gorman added. “WWF’s vision is for there to be a network of marine parks from the freezing waters of the Southern Ocean to the teeming coral reefs of the tropics.

“Marine sanctuaries provide areas where wildlife can feed and breed and help ensure the food security of millions of people who rely on the ocean for their daily sustenance and livelihoods. The oil spills and ship groundings in recent years have shown the range of threats facing our oceans. It is important that we get the balance right by ensuring places are set aside for conservation as well as having well-managed, ocean use.”

The Australian network of marine protected areas was announced by the Australian Environment Minister Tony Burke in Sydney today and incorporates places like the reefs of the Coral Sea and the deep sea areas off Western Australia.

In welcoming the announcement, WWF expressed concern that some of Australia’s most critical marine environments had been excluded from the marine park and left vulnerable to industrial exploitation.

“While this is a big step forward, oil and gas rigs are still moving closer to places like the stunning Rowley Shoals and Ningaloo Reef off Western Australia,” O’Gorman said.