A U.S. District Court has held that the U.S. Department of Agriculture (USDA)’s decision to allow genetically engineered (GMO) foods to only be labeled with a “QR” code was unlawful, and that USDA must instead add additional disclosure options to those foods under USDA’s National Bioengineered Food Disclosure Standard. The Court sent back to the agency the QR code portions of the 2018 Trump administration rules for GMO labeling that went into effect on January 1, 2022, which hindered consumer access with burdensome electronic or digital disclosures. 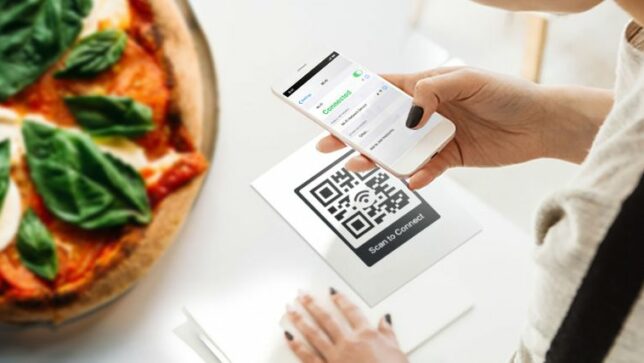 “This is a victory for all Americans,” said Meredith Stevenson, Center for Food Safety (CFS) staff attorney and counsel in the case. “Today’s decision marks a key step toward ending the food industry’s deceptive and discriminatory GMO food labeling practices, which have kept consumers in the dark by concealing what’s in their products.”

CFS filed the case against USDA in 2020 on behalf of a coalition of nonprofits and retailers, including Natural Grocers, operating 157 stores in 20 states, and Puget Consumers Co-op, the nation’s largest community-owned food market. The lawsuit followed the USDA’s rulemaking in December 2018, which would have discriminated against tens of millions of Americans by permitting the use of QR codes alone on packaging after USDA itself found QR code labeling insufficient.

The lawsuit followed an over twenty year campaign led by CFS to get GMO labeling in the U.S., as it is in over 60 countries around the world, including state legislation and culminating in the first ever federal GMO labeling law.

“The court has now confirmed that the USDA acted unlawfully in allowing standalone QR code and other digital and electronic GMO labeling,” said Andrew Kimbrell, Executive Director of Center for Food Safety. “This should be a warning to the industrial food sector that avoiding clear on packaging labeling by using QR codes alone will not pass legal scrutiny. CFS will continue to work to ensure every American’s right to know what is in their food.”

The court ruled that USDA’s decision to allow for electronic or digital disclosure alone on packaging, also known as “QR code” or “smartphone” labeling, without requiring additional on-package labeling, was a “significant error.” USDA violated the law in allowing QR codes alone despite Congress’s “straightforward” mandate requiring the agency to first study whether digital disclosure would provide meaningful information to consumers to improve accessibility, and to remedy it if it found them insufficient. In 2018, CFS successfully sued USDA to release the study, and it showed conclusively that QR codes would fail. But in this final rule USDA went ahead with it anyway.

USDA will now need to revise the portions of its 2018 rules that allow for QR code labeling and remove the option of QR codes alone on the package. Instead, USDA will be required to add an additional disclosure option to QR code labeling accessible to all Americans.

The court sided with USDA on several other challenges brought by the Plaintiffs, including upholding USDA’s use of the new, unfamiliar terminology, “bioengineered” and disallowing “GE” or “GMO.” The court also ruled that USDA may also continue excluding “highly refined” products from mandatory disclosure unless the GE material is “detectable” by a manufacturers’ chosen testing method. For these rulings “the Plaintiffs will be considering all options, including appeal,” according to Stevenson.

Quotes from the represented Plaintiffs:

“This is a win for the American family. They can now make fully informed shopping decisions instead of being forced to use detective work to understand what food labels are hiding,” said Alan Lewis, Vice President Advocacy & Governmental Affairs for Natural Grocers. “The public’s rejection of hidden GMOs has been weighed by the Court to be greater than the agrochemical industry’s desire to hide GMOs behind incomprehensible bureaucratic rules.”

“We are very gratified that the District Court has acknowledged the flawed nature of the National Bioengineered Food Disclosure Standard and has removed at least one of the very egregious aspects of it from the labeling standard,” said Mark Squire, co-owner and manager of Good Earth Natural Foods. “We will continue to fight for complete honesty and transparency in food labeling.”

“PCC believes our communities have a right to know what is in their food and how their food is grown in a way that is clear, easy to access for all, and doesn’t violate the first amendment rights of retailers,” said Aimee Simpson, Director of Advocacy & Product Sustainability for PCC Community Markets, a plaintiff. “Today’s ruling ensures that the national GMO labeling standards take us several steps closer to true food system transparency.”

“I am delighted with the court’s decision today,” said Pamm Larry, organizing director of Label GMOs. “The decision is a victory for the consumer’s right to know what they are buying and putting in their children’s mouths. Let us hope that USDA goes back to the table and delivers a regulation that protects our rights and requires that food manufactures tell the truth about what’s in our food.”