Low level exposure to synthetic pyrethroid insecticides at 6-8 months of age is associated with language development delays in two-year old toddlers, according to research published in Neurotoxicology this month, Beyond Pesticides reported. 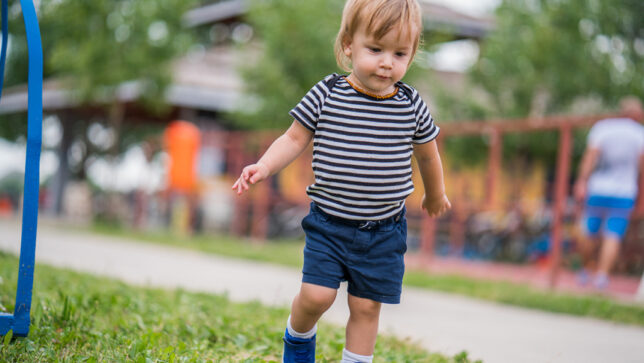 This is the latest study to link this class of chemicals to developmental delays in young children. Despite a steady drum of concerning research, the U.S. Environmental Protection Agency (EPA) in 2019 removed a crucial “safety factor” intended to protect children’s health from synthetic pyrethroids, allowing higher levels of the insecticides to be sprayed on food, in homes, and playing fields around the country.

To investigate the impact of synthetic pyrethroids on language development, scientists enrolled 327 expectant mothers in their third trimester. The mothers, all from rural areas of China, were selected if they had no history of significant pesticide exposure or family history of serious disease. Urine samples were taken from the women during pregnancy, and from infants 6-8 months after birth.

Scientists analyzed samples for concentrations of three different synthetic pyrethroid breakdown products (metabolites), including 3-phenoxybenzoic acid (3PBA), 4-fluoro-3-phenoxybenzoic acid (4F3PBA), and cis-2,2dibromovinyl-2,2-dimethylcyclopropane-1-carboxylic acid (DBCA). While 3PBA is a metabolite of many synthetic pyrethroids, 4F3PBA a more specific metabolite of cypermethrin, and DBCA is  a metabolite of deltamethrin. At two years of age, enrolled children were tested for expressive communication, receptive communication, and language composite scores.

Average urinary synthetic pyrethroid concentrations in children aged 6-8 months are found to be higher than those taken from their mothers during pregnancy for metabolites 3PBA and 4F3PBA. The cyfluthrin metabolite 4F3PBA correlates with lower receptive communication scores. Every 1 microgram increase in 4F3PBA exposure during infancy corresponds with a 9% increase chance of not passing the receptive communication test. Yet the strongest association is seen with the deltamethrin metabolite DBCA, which is found to increase risk of language development delay by 4.58 times.

The study concludes that, “The probability of toddlers’ language development delay may be predicted by PYRs [pyrethroids] metabolites of infants aged 6–8 months.”

This conclusion supports long-known concepts regarding the hazards of pesticides for children’s health. Early life exposures during “critical windows of vulnerability” can in fact predict the likelihood, or otherwise increase the chances of an individual encountering a range of pernicious diseases. In addition to findings related to learning and development, early life exposures have been associated with increased risks of cancer, asthma, birth defects, and other diseases.

These exposures have real, tangible impacts not only on the individuals affected, but society as a whole. Environmental disease in children costs over an estimated $76.8 billion annually. Exposures that harm learning and development also impact future economic growth in the form of lost brain power, racking up a debt to society in the hundreds of billions of dollars.

The chemical industry is not paying those costs. In fact, all signs indicate that pesticide companies are working overtime to increase the societal costs of pesticides while privatizing the monetary gains. The work of the Council for the Advancement of Pyrethroid Human Risk Assessment (CAPHRA) highlights this coordination. After EPA identified risks of concerns to children over six months and under six years old from exposure to synthetic pyrethroids, the major manufacturers of the insecticides coordinated under CAPHRA to come up with a new evaluation process for the impact of pyrethroids on children’s health.

Unsurprisingly, the model developed by CAPHRA effectively exonerated synthetic pyrethroids from harmful effects, allowing the removal of the childhood safety factor and an explosion in pyrethroid usage. Notwithstanding the risks to children in this age range, EPA did not even entertain the potential for damaging impacts to occur earlier in life. In its reevaluation of the safety factor, the agency wrote, “Furthermore, fetal exposure and exposures to children below six months of age are expected to be negligible because pyrethroid levels in food and drinking water are generally low and there is no or low potential for contact with treated surfaces.” This claim is, of course, not scientifically justified and easily countered, Beyond Pesticides claimed and added that after looking at hundreds of peer-reviewed studies in the independent scientific literature, EPA incorporated only two into its determination.

Study after study has linked synthetic pyrethroids to developmental harm in children. A 2011 study found that children exposed to higher levels of synthetic pyrethroids are three times as likely to have mental delay compared to less exposed children. A 2014 study associated proximity to pesticide treated agricultural fields in pregnancy to increased risk of autism to children of exposed mothers. Two studies published in 2015 find that deltamethrin increases risk of ADHD in children, with one study finding impacts specifically to boys. Studies published in 2017 found that synthetic pyrethroid exposure increases risk of premature puberty in boys, and another associated the chemicals with externalizing and internalizing disorders.

The impacts seen are not all developmental. A 2012 study associates pyrethroid exposure before, during, and after pregnancy with increased risk of infant leukemia. And a recent study published earlier this year finds that synthetic pyrethroid exposure during mosquito control operations increases risk of respiratory disease and certain allergies.

Adults who suffered through developmental problems as children can bare a stigma that lasts throughout their life, if they are able to receive the attention necessary to make gains and correct course. Other harmed by cancer or autism may never have the opportunity to contribute to society.

Beyond Pesticides stated that we must embrace a precautionary approach to pesticide regulation, placing the onus on pesticide manufacturers to prove safety rather than on regulators to prove harm. If peer-reviewed studies indicate the potential for harm to children’s health, the precautionary approach rejects this harm in favor of available alternatives. But EPA, instead of incorporating independent peer-reviewed research by scientists and academics, consistently decides to embrace industry models over independent scientists.