As GMWatch recently reported, five hundred tons of Indian GMO rice have been mistakenly used in many countries to make, among other things, sweets for Mars, the world’s leading confectionary manufacturer. No GMO rice has been authorized for consumption in the EU and so the affected products that are being sold in the European Union are being recalled. 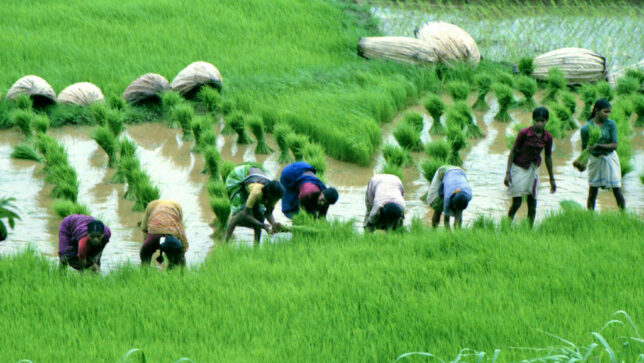 GMWatch reported Saturday that the fact that the rice originated in India surprised many, as no GM rice has been commercialized in India. However, a 2015 report by Dr Ranjitsinh Mane, an agricultural economist at the University of Arkansas’s Rice Research and Extension Center, provides a possible explanation for the contamination – GMO field trials. Indeed, Dr Mane’s report actually warns: “Currently, there are a large number of GM rice field trials… which is a recipe to start illegal GM rice seed industry”.

The report, titled Acceptance and use of genetically modified rice in India, explains that from 1997 to 2008 there were “about 79 imports of transgenic research material, of which private companies account for about 85 percent. Monsanto, Bayer, Mahyco, and Syngenta were the major importers of transgenic material” (p.18) – presumably meaning GM seeds or plant cells intended for regeneration into GM plants. In the specific case of rice, there were 13 private and 7 public imports of transgenic material.

The report adds that as of April 2012, India’s GMO regulator GEAC had permitted Bayer to conduct “selection trials for different rice events at three different agro climatic zones”. According to the report, salt-tolerant GM rice trials were being conducted by Monsanto and other trials by Metahelix Life Sciences, though other companies running the trials include BASF, the Indian branch of DuPont, and Maharashtra Hybrid Seeds Co Ltd (Mahyco), as well as universities and research institutes.

It says about GM rice trials: “There has been a gradual increase in permit approvals to conduct field trials starting with one field trial in 2007 and reaching 9 field trials in 2011.”

The report lists numerous sites across India where GMO rice trials were carried out (p13). The GMO traits tested are mostly insecticide-containing (likely to be Bt toxins), though herbicide tolerance, “iron enhancement”, and “yield enhancement” are also in the mix.

The author of the report has no confidence in the ability of the regulatory system to prevent GM rice escaping from trials, as the “theft” of GM rice germplasm and “its subsequent replication for illegal seeds is very difficult to counteract” due to lack of strict biosafety rules and intellectual property rights (p25).

While nothing of value appears to have come out of India’s many GMO rice trials, the disruption to trade from the contamination, wherever it originated, could potentially be severe and long-lasting.

In 2006 an export market collapse occurred when GM rice was found in the US rice supply, with US rice being removed from European store shelves. Bayer eventually had to pay a 750 million dollar settlement to American rice farmers in compensation for their financial losses. The source of the GM rice contamination was Bayer’s experimental GMO rice trials of their Liberty Link rice.

While the US is the world’s fourth largest rice exporter, with around 8% of rice exports, India is far and away the top exporter, with nearly half of the global rice trade. This means the potential for market disruption from GM contamination is enormous.

Governments of the countries affected by the contaminated rice should demand that the companies and institutes responsible for conducting the GMO field trials in India make available the genetic sequences of the rice lines tested, along with a sample of reference material. If the samples and sequences are found to match the contaminating GM rice, then the source of the contamination could potentially be identified and the responsible company or institute held accountable. The government of India, relevant state governments, and GEAC should cooperate in the investigation.

The circumstantial evidence in the recent contamination case clearly points to India as the source. But if that evidence did not exist, the suspect that would have sprung to mind would have been China, since EU countries have suffered repeated contamination incidents of GM Bt insecticidal rice in imports from that country. A Chinese GMO-promoting scientist called Zhang Qifa was suspected of being involved in the illegal spread of GM Bt rice, which has not been approved for commercial cultivation or consumption anywhere. But China is not a credible suspect in the recent case.

There are numerous cases of GMO contamination events from GM crops that have never been commercialized but have been grown in trials, including rice, wheat, and flax. In some cases, damage to the industry has amounted to millions of dollars. A summary of these incidents is available in the book GMO Myths and Truths. See also the review of recorded GM contamination incidents, 1997–2013, contained in the GM Contamination Register.

GMO golden rice has been approved for consumption in certain countries. Approval was sought by the developer, IRRI, in anticipation that the GMO rice will contaminate non-GM rice imports. It has also been approved for commercial cultivation in the Philippines, in spite of the US FDA’s conclusion that it doesn’t contain enough beta-carotene to make a health claim.

After the Liberty Link contamination findings, the USDA retroactively deregulated this GM rice – but Bayer decided not to commercialise it due to consumer rejection of GMOs.

India has not approved GMO golden rice – or any GMO food crop – for consumption.