The US Dept of Agriculture (USDA) has proposed that it take over the regulation of GM animals from the Food and Drug Administration (FDA). Agriculture secretary Sonny Perdue said this would provide GMO “developers with a one-stop shop for their products at USDA”. 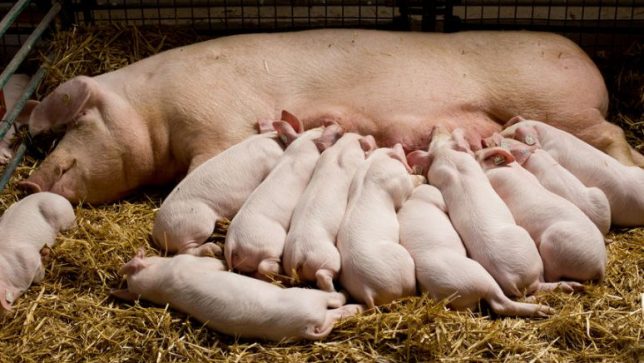 This appears to be an attempt to smooth the path to market for GM animals, including new gene-edited animals, by removing oversight from the FDA, GM Watch reported on Wednesday.

The USDA is famously friendly to the agbiotech industry and is trying to reduce its already weak regulatory oversight to a system in which companies will in effect self-regulate their own GM crops.

Food and Drug Administration Commissioner Stephen Hahn has told the Health and Human Services Department that he would refuse to sign a proposal transferring regulatory power over gene-edited animals to the Agriculture Department, Politico reported late Tuesday.

Politico said Hahn was concerned about the legality of the transfer and the potential health repercussions of relaxing oversight of certain genetically altered products.

At first glance, for those concerned about the effects of genetic engineering on our food supply, the significance of the proposed shift in regulatory oversight may not be obvious. After all, the FDA doesn’t have a great record on protecting public health and the environment from the consequences of releasing GM animals.

For example, the agency has already approved two GM animals for commercialisation without much caution. Its approval of GM AquaBounty salmon even earned the condemnation of a judge in court, who said that the agency violated environmental laws in failing to analyse the environmental consequences of an escape of the GM salmon into the wild and forced it to do so.

And its approval of GalSafe pigs downplayed the risks of new allergens and antibiotic resistance genes.

But somewhat surprisingly, the FDA has on occasion flexed its muscles and done an excellent job. That was particularly so in the case of Recombinetics’ gene-edited hornless cattle. It is likely that the FDA’s exemplary performance in this episode marked out the FDA for summary execution.

“Our animals are free of off-target events”

The story began in 2016, with a scientific publication in which Recombinetics described their gene-edited cattle. Recombinetics’ scientists claimed, “our animals are free of off-target events”.

“The effects of genome editing are largely identical to those of the natural processes that continually create variation in the genomes of food animals. From this point of view, it is hard to see why the process of genome editing to introduce defined genetic changes should be regulated.”

Specifically, the commentary attacked the FDA’s right to regulate GM animals, saying, “there would appear to be no authority for the FDA to regulate varieties that carry naturally occurring alleles [gene variants] produced using genome editing”.

What the FDA did next must have made Recombinetics’ blood boil. FDA scientists did their own analysis of the genomes of the gene-edited cattle and published the results in 2020 in the journal Nature Biotechnology.

FDA scientist Steven M. Solomon published a commentary in the same journal, titled, “Genome editing in animals: why FDA regulation matters”. In an incendiary statement, Solomon wrote, “This edit was designed… to produce an alteration mimicking a sequence ‘found in nature.’ This characterization of the alteration is significant because some policymakers and scientists have argued that using genome-editing techniques to replicate a ‘natural’ mutation should not be of regulatory concern because it is equivalent to existing, naturally occurring alleles. FDA’s (our, we) analysis illustrates, however, why it is necessary for there to be regulatory oversight of intentional genomic alterations in animals, even when the intended modification seeks to replicate a naturally occurring mutation… The analysis shows that genome editing in animals can have unintended consequences and that regulators must be alert to the possibility of such consequences.”

Given this background, it is clear why Recombinetics and other agricultural biotech companies would want the FDA to stand aside and let them get on with their risky experiments unhindered.

In an article about Recombinetics’ “major screwup” in the gene-edited cattle’s DNA and the FDA’s discovery, the science writer Antonio Regalado wrote, “All along, Recombinetics had noisily objected to oversight by the FDA, which categorizes gene-edited animals as new drugs that need extensive testing and approval. It even lobbied the Trump Administration to wrest oversight away from the health agency, saying it was holding back a barnyard revolution.”

It seems that the agbiotech industry could get its way, if the USDA’s latest proposal makes its way into law. Concerned members of the public can comment on the proposal here.

Further comment on the USDA proposal in DTN Progressive Farmer is here.