Categorized as
2866
Tagged as
AfricaFoodgmos
Related

Last month in Ghana, Agnes Kalibata, President of the Alliance for a Green Revolution in Africa, congratulated an illustrious group of corporate and government leaders for “leapfrogging into the future” in their efforts to “modernize” African agriculture with high-yield commercial seeds, fertilizers, and other technologies. 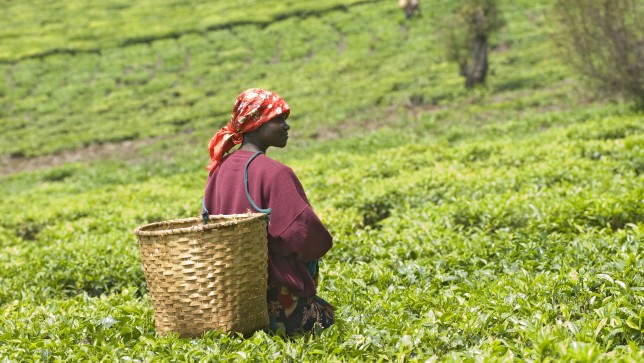 Unfortunately, such policies are leapfrogging right over Africa’s small-scale farmers. We have seen no such progress on the ground in Africa. Not only are these policies failing to address chronic rural poverty and hunger, they are doing little to improve nutrition, health, and climate resilience.

African farmers have a better idea, grounded in their own experiences and their increasing struggles to grow food in the face of a changing climate. Ecological agriculture, using fewer, not more, chemical inputs, is showing the way forward, as scientists help farmers reduce costs, increase soil fertility, raise more diverse, healthy, and culturally appropriate food crops, and adapt their farms to climate change.

The Bill and Melinda Gates Foundation initiated the latest effort to modernize African agriculture. It launched the Alliance for a Green Revolution in Africa (AGRA) in 2006 with the ambitious goal of doubling productivity and incomes for 30 million farm families by 2020. There is little evidence AGRA will come anywhere near achieving those goals.

Fed by heavy doses of government subsidies for commercial seeds and synthetic fertilizers, evidence suggests that AGRA has promoted monocultures of a few staple crops, reduced crop and diet diversity, undermined soil fertility, and produced disappointing gains in productivity and farmer incomes. Ten years into AGRA, Global Hunger Index scores remained in the “serious” or “alarming” categories for 12 of the 13 AGRA countries.

Productivity has risen very slowly even for AGRA’s narrow range of priority staple crops. Of Africa’s top five corn producers, Nigeria and Kenya actually saw declining yields. Even where production increased, such as in Zambia, the gains failed to translate into reductions in rural poverty. Some 78 percent of rural Zambians still live in extreme poverty.

And the subsidies enticed farmers into reducing production of more nutritious and drought-resistant local food crops. Across AGRA countries there was a 35 percent drop in land planted to millet, a hardy native grain, with production falling by nearly half.

This makes small-scale farmers more, not less, vulnerable to climate change. Farmers risk going into debt to purchase the inputs, which often fail to increase production enough to pay for the next year’s seeds and fertilizer. By relying on a single crop, farmers lose diet diversity and put their families’ food security at risk if that one crop fails. Their soil grows less fertile, more acidic, from the overreliance on synthetic fertilizer.

African farmers have a better way

Agroecology is giving farmers the kinds of innovation they need, farming with nature to promote the soil-building practices that “agricultural modernization” often undermines. Multiple food crops are grown in the same field. Compost, manure, and biofertilizers – not fossil-fuel-based fertilizer – are used to fertilize fields. Biological pest control decreases pesticide use. Researchers work with farmers to improve the productivity of their seeds rather than replacing them with commercial seeds farmers need to buy every year and douse with fertilizer to make them grow.

The Alliance for Food Sovereignty in Africa (AFSA) has documented the effectiveness of agroecology, now widely promoted among its member organizations.

In Kenya, farmers have created a network of community seed banks to identify, save, and distribute nutritious and productive varieties of local food crops, the kind being lost to the green revolution push.

In Malawi women farmers identified 300 vegetables and planted them using permaculture techniques, a highly productive form of agroecology. This has improved their income, nutrition, and health considerably.

In Tigray, Ethiopian farmers and local allies experimented with improving their land through soil and water conservation techniques. They fared much better than those using chemical-based fertilizers. They supplemented this using well-established push-pull biological pest control as well as other techniques and increased their income and improved their health. The program in Ethiopia is now accepted as government policy.

It is unfortunate that many of these promising innovations are threatened by national seed policies that threaten to outlaw farmers’ rights to save, exchange, and sell seeds. Such policies, strongly promoted by the Gates Foundation, open Africa to the multinational seed companies in the name of modernization, but they undermine climate resilience and food security for Africa’s small-scale farmers.

Instead of paying African governments to push commercial seeds and fertilizers, leapfrogging right over their own farmers, the Gates Foundation should be pressing governments to incorporate agroecology into their mandated Climate Adaptation Plans. That is the sustainable path into an uncertain future.

Million Belay is the coordinator of the Alliance for Food Sovereignty in Africa.

Timothy A. Wise directs the Land and Food Rights Program at the U.S.-based Small Planet Institute and is a Senior Researcher at Tufts University’s Global Development and Environment Institute. Wise is the author of Eating Tomorrow: Agribusiness, Family Farmers, and the Battle for the Future of Food (The New Press).