The European Commission issued its formal response Tuesday to the #StopGlyphosate European Citizens Initiative (ECI). It officially recognised the submission of more than one million signatures on 6 October. The response is an answer to the ECI’s three demands for a ban of glyphosate, a reform of the EU pesticide approval process and mandatory EU targets to reduce pesticide use. The Commission proposed action that could fulfil one aspect of one of the three demands. 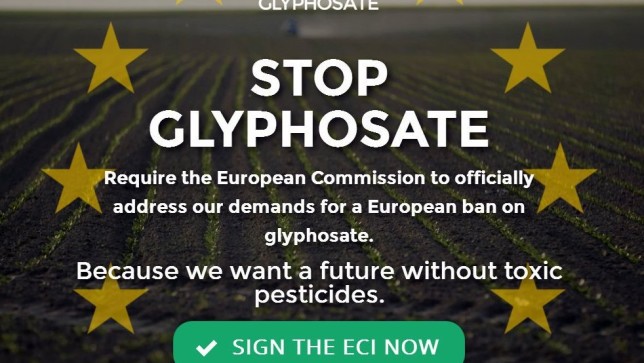 Reacting to the news, David Schwartz, ECI Coordinator at WeMove.EU​ said: “The Commission is trying to dress up its rejection of the #StopGlyphosate initiative with vague transparency proposals. Providing access to the data on toxic pesticides won’t make them any less dangerous. As long as the Commission leaves the testing of chemicals in the hands of the manufacturers, it will continue to lose the trust of citizens. We will continue to fight for meaningful measures to reduce pesticide use across the EU and for truly independent pesticide assessments.”

The Commission responded to the ECI by saying it had no scientific or legal grounds for a ban of glyphosate and that national European governments had voted in favour of a five-year licence. This ignores the fact that the Commission proposal is supposed to take into account the scientific evaluation by the European Food Safety Authority (EFSA), scientific uncertainties that persist (applying the precautionary principle) and “other factors legitimate to the matter”.

In addition to investigating the evident flaws in the EFSA health risk assessment, the Commission should have taken into account the classification of the UN cancer research agency, the existing scientific evidence on the unacceptable environmental risks posed by glyphosate and significant public concern.

The Commission’s proposal to increase data transparency is a partial and misleading response to the ECI’s demand that EU pesticide approvals be based only on fully published studies. Existing EU law already provides for the release of the studies, as confirmed by the European Court of Justice. EFSA has withheld data contrary to this ruling. A number of members of the European Parliament have therefore brought a case against it. Monsanto and Cheminova are supporting EFSA in this case. The Commission rejected the ECI demand for studies to be funded by industry but commissioned by regulators instead of industry. Its proposal for EFSA to exceptionally commission ad-hoc studies does not remedy the conflict of interest inherent in the current system.

While the Commission previously acknowledged that the EU is doing too little to reduce pesticide use, it simply deflected responsibility to national governments. This is despite the fact that the Commission must take action against governments that fail to implement the sustainable use directive. The Commission also rejected the ECI demand to set EU-wide targets for pesticide reduction.

On 27 November, a qualified majority of governments voted to approve the Commission’s plan to grant a five-year unrestricted licence to glyphosate. France is leading a group of governments that want to end the use of glyphosate. The European Parliament has called for a full glyphosate ban within five years, starting with a partial ban from 16 December 2017.