The African Centre for Biodiversity (ACB) has welcomed the recent decision made by the Minister of Agriculture, Water Affairs and Fisheries and an Appeal Board rejecting the commercialization of genetically modified (GM) potatoes in South Africa. 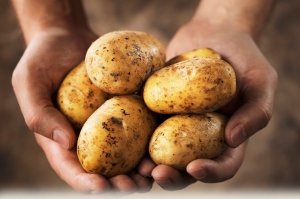 The ACB with the support of the South African public, vigorously campaigned over a number of years against the Agricultural Research Council (ARC’s) bid to bring GM potatoes, also known as “SpuntaG2,” to the South African market. The potatoes were genetically engineered to produce a toxin to kill the potato tuber moth. The ACB has always contended that the GM potato posed unacceptable risks to human and animal health, the environment and the farming community. GM Regulators in SA, the Executive Council: GMO Act, agreed and rejected ARC’s application in 2009, citing a long list of biosafety, health and socio-economic concerns. These were challenged by the ARC in an appeal, which they have now definitively lost.

Executive Director of ACB, Mariam Mayet said, “we have waited several long years for this decision and are extremely pleased that smallholder farmers will not be saddled with this unwanted and risky technology”. The research into the “SpuntaG2” potatoes was bankrolled by the United States Agency for International Development (USAID) in collaboration with Michigan State University (MSU) and ARC. It was touted as a “home-grown” solution to challenges faced by smallholder potato farmers. However, smallholder farmers reported that the potato tuber moth was not a high priority in their production systems. Ex-ante studies carried out by the project itself, found that the GM technology would be of no benefit to either small or large scale farmers, as it was rather a “solution in search of a problem”.

The Executive Council stated in its decision that more pressing challenges for smallholders included access to water and availability of seed.

South Africa was an early adopter of GM crops, commercializing GM cotton, maize and soya more than a decade ago. However, promised results such as addressing hunger and decreasing agrochemical use have not materialized. The South African National Health and Nutrition Examination Survey (SANHANES) published by the Human Sciences Research Council (HSRC) in 2013 found that one in four South Africans go to bed hungry every night. In addition, the advent of GM crops in South Africa has dramatically increased the use of the herbicide glyphosate – recently categorized as a “probable human carcinogen” by the World Health Organisation (WHO)’s International Agency for Cancer Research (IARC).