As the BBC faces an uncertain financial future, a new survey reveals that nearly 70% of the public do not trust the independence of experts featured on BBC programmes. The open survey, which looks into the impartiality of the BBC when it comes to the reporting of genetically modified food and farming, collated results from 1000 people, from both sides of the GMO debate. 667 of these said they did not trust the independence of the experts featured on programmes such as Panorama, Countryfile and Radio 4’s Today programme. 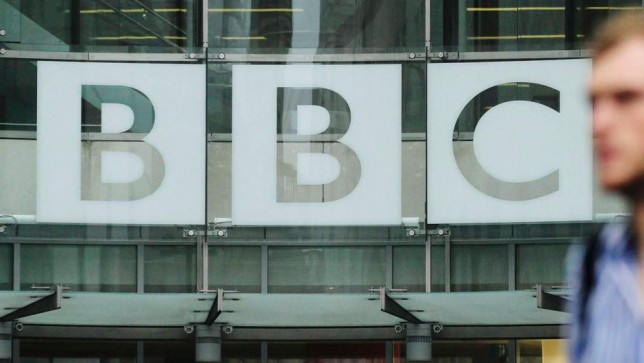 The survey conducted by campaigning group Beyond GM [1] comes in the wake of the Panorama programme, GM Food – Cultivating Fear which was broadcast on June 8th and claimed to explore a new generation of GM crops. However, the programme, presented by Countryfile reporter Tom Heap, pursued a pro-GM agenda and featured three ‘experts’ who have commercial associations with GM technology. For example:

Nearly 90% of the people surveyed felt that academics, researchers and other so-called independent experts featured on BBC programmes should reveal their sources of income, corporate affiliations and whether or not they are patent holders, to the public before being interviewed on BBC programmes. Nearly three quarters of the respondents felt that BBC programming represented a pro-GM stance. As one respondent wrote:

“BBC News reports are very superficial and don’t even attempt to independently investigate the downsides of GM, such as: potential health issues, increased use of pesticides, contamination of conventional/organic crops, pesticide resistance, whether advertised yields are achieved.”

Specifically the survey found that:

The comprehensive report on the survey also includes examples of other pro-GMO biased programmes which the BBC has broadcast stretching back to 2008, analysis of why the media continues to get this important topic so wrong, as well as an appendix of comments from respondents revealing that, far from being uninformed and fear-driven, those who oppose GMOs have many legitimate and well-informed concerns which they would like answered.

As if to underscore the importance of the report, a recent Radio 4 Today programme (8th July) further provided evidence of a pro-GM bias.[2]

In two slots, uncritical coverage of GM crops was presented. In particular two pro-GM researchers – Professor Johnathan Napier of Rothamsted Research, and Professor Joyce Tait of the Innogen Institute – were given Institute were given a “free ride in what amounted to a GM party political broadcast” according to Beyond GM Director Lawrence Woodward. The pair were allowed to talk, without challenge, about the results of the initial trials of GM camelina, a GM crop engineered to produce omega-3 fish oils, and its potential use in the food system.

Woodward adds: “Interviewer Justin Webb did not ask a single critical question and Tait in particular was allowed to make factually incorrect and misleading claims about GM and opposition to it”. Indeed Tait’s suggestion was that opposition to GMOs in the UK had mostly disappeared.

The BBC’s support for GM technology is at odds with recent public surveys, which reveal that the majority of the UK public do not want GM crops grown in the UK. Nor do they want GM food in their supermarkets. An open poll in the Guardian newspaper online reported in 2013 that 72% of readers said they do not believe GM food is either safe or beneficial. Six months later the Guardian ran another online open poll – should restrictions on GM crops be relaxed? –71% said no. A BBC Countryfile Magazine open poll the previous year posed the question Should GM crop trials be allowed to go ahead? The online surrey returned 7824 responses, 79% (6144) of whom said no and 21% (1680) said yes.

Pat Thomas, Director of Beyond GM, and lead author of the survey report says:

“As a journalist myself, I find the results of our survey concerning. In the GMO debate, the distance between what the media wants to report and what the public wants to know, and indeed needs to know, is becoming ever wider. The 2014 Science and Technology Committee report emphasised the need for broadcasters to review their own content on genetic modification and challenge whether they were getting the perspective and balance right across the broad context of other agricultural issues of food production and food security. This is a warning shot from an informed public and calls into question whether the BBC is fulfilling its own remit as a public service broadcaster.”

1. The survey, Does The BBC Help Cultivate a Pro-GM Agenda in the UK? was conducted by Beyond GM (www.beyond-gm.org) – a campaign organisation which raises awareness around genetically modified food and farming. It was open to the public from ran June 8 to June 13 when it reached a 1000 responses. The full survey results and report are available here.

2. BBC Radio 4 Today programme on 8th July carried two pieces: the first featured Science & Environment Editor of the Today Programme Tom Feilden giving an account of research carried out by Rothamsted on a camelina (false flax) crop, genetically engineered to produce omega-3 fatty acids normally found in fish oil. The second was an interview conducted by journalist Justin Webb with Prof. Johnathan Napier of Rothamsted Research and Prof Joyce Tait of the Immogen Centre. No alternative views were presented in either slot.